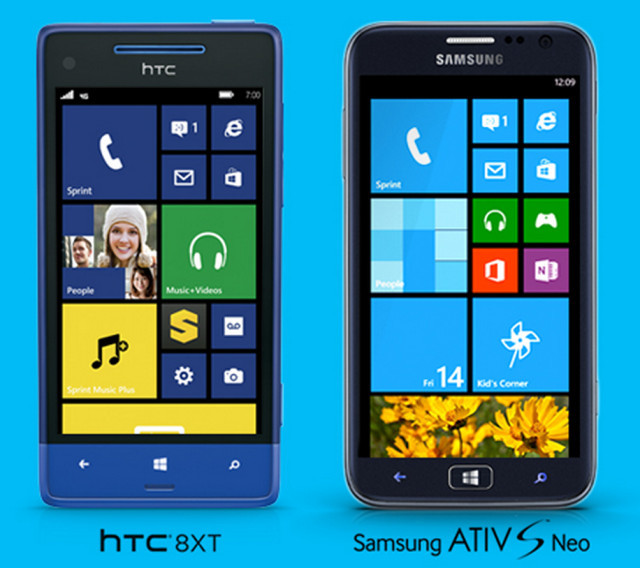 Microsoft finally got the third biggest wireless carrier in the US, Sprint, to start selling Windows Phone 8 devices for the first time earlier this summer after it abandoned the Windows Phone platform soon after it launched. Sprint started selling two products that were exclusive to the company in the US. Now it appears that the prices of both of those smartphones, the Samsung ATIV S Neo and the HTC 8XT, have been drastically cut just a few weeks, or in the case of the Samsung phone, a few days after they first went on sale.

The price of the HTC 8XT, which became available in mid-July, is now free on Sprint with a two year contract, after previously having had the price of $99.99. The Samsung ATIV S Neo, which Sprint first put on sale just 10 days ago for $149.99, now has a price of only $49.99, again with a new two year contract.

That's a pretty drastic move by Sprint, and it has to be a bit of a disappointment to Microsoft, which started promoting Sprint's return to the Windows Phone fold in January in CES 2013. It's more than possible that Sprint's initial sales of their first Windows Phone 8 products were much less than anticipated.

Source: Sprint and Sprint via WPCentral | Image via Sprint