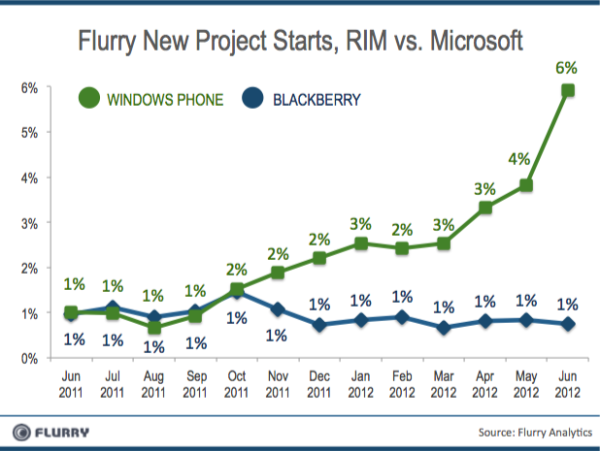 Windows Phone project development seems to be gaining some traction, while the long running Blackberry operating system has seen new projects stay flat. That's the conclusion of a new study by Flurry Analytics, which says there is evidence that Windows Phone could in fact be a viable alternative to iOS and Android.

The company used data from the 70,000 companies and over 190,000 applications that use its services to create new projects in Flurry Analytics. It examined new project start ups for Windows Phone compared to Blackberry. It stated:

This could show that not only is Windows Phone gaining in development popularity, it also shows that RIM could be in big trouble with its Blackberry OS.