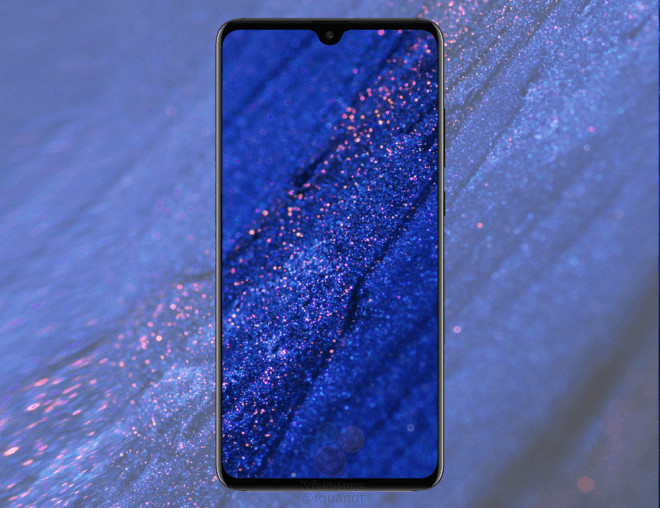 In a matter of weeks, Huawei will announce its new Mate 20 series of phones, hoping to capture the eye of consumers all around the world. We have previously seen the Mate 20 Pro in great detail with its triple camera setup and iridescent shimmer, but now we are now getting an early look at the firm's Mate 20.

As you can tell from the images, the Mate 20 will take a little bit of a different design direction when compared to Mate 20 Pro, opting for a less aggressive display notch. According to WinFuture, the display will measure in at 6.43 inches and will be an LCD variant with a resolution of 2244x1080 pixels. As far as its other specifications, the phone will utilize the firm's Kirin 980 processor, which is based on a 7nm process and will feature dual Neural Processing Units.

As far as RAM goes, WinFuture suggests that there will be a 4GB, 6GB, and 8GB options, along with internal storage ranging from 64GB to 512GB. As you can gather from the image, the rear will have a three-camera setup and also a fingerprint reader. The battery capacity will also be quite large, coming in at 4,000mAh. While the phone certainly seems impressive, we will have to wait until October 16 for the full details.