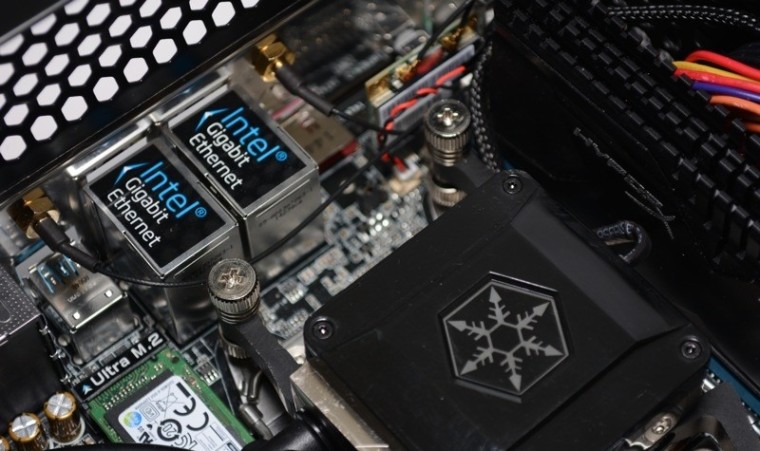 While other motherboard makers seem to be getting less creative with their designs, Asrock has shown it doesn't mind taking chances with its products. Proof of that is the new X99E-ITX/ac, the world's first and only Mini-ITX X99 motherboard, and first ever of its kind to feature an Intel Extreme-series chipset.

Apart from being nearly impossible to design, there are obvious drawbacks to such a creation. In the case of the X99E-ITX/ac, it's limited to just two DIMM slots, eliminating the quad-channel feature of LGA2011-3 processors. Still, running a processor such as the Core i7-5960X in dual-channel doesn't exactly kill performance and users can still look forward to features such as Wireless AC, USB 3.1, SATA Express and M.2 support.

Feature-wise, the Asrock X99E-ITX/ac isn't really missing anything. It delivers the performance of a full-sized EATX X99 board in a 170mm x 170mm package that still manages to carry enthusiast trappings.

Read: Asrock X99E-ITX/ac Review
This article is brought to you in partnership with TechSpot