The solid-state drive market continues to grow at a rapid pace and competition is starting to heat up once again. While there was once just a few controllers worth picking from, half a dozen viable choices occupy the market now.

The original RevoDrive carried not one, but two SandForce SF-1200 controllers in RAID and boasted up to 80,000 IOPS. As impressive as this was, the follow up model that is getting tested today completely blows it out of the water. Less than two months ago, OCZ announced the RevoDrive X2 effectively doubling the number SF-1200 controllers used in RAID and coming in sizes from 100GB through an insane 960GB. 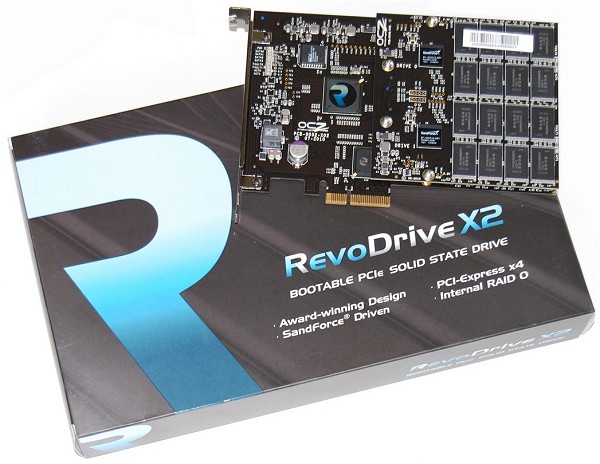