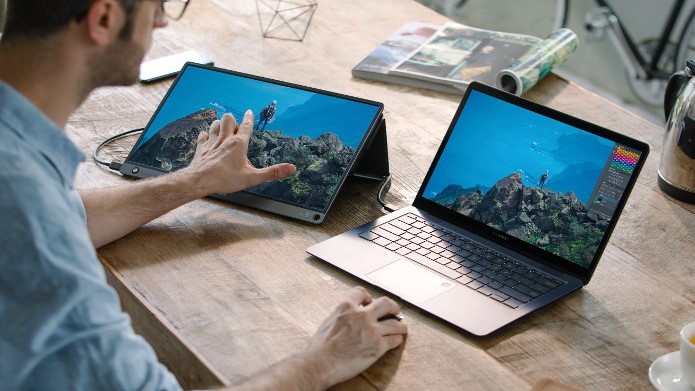 As office work becomes increasingly mobile, companies have been coming up with products that make it easier to multitask on the go. While ASUS has some unique ideas in that regard, the more common trend is in the form of external portable displays, such as last year's ZenScreen. At this year's Computex, the Taiwanese company announced a new and improved version of that product, the ZenScreen Touch, which incorporates touchscreen support and a built-in battery.

To clarify, it doesn't seem like the ZenScreen Touch needs its battery to work - ASUS says the screen is powered by the USB Type-C connection that also drives the video feed, but this iteration can also be connected via micro-HDMI, in which case you might need the internal battery. That battery, at 7,800mAh, is supposed to last about four hours at full brightness. Support for micro-HDMI also means that you can use more than laptops with it. One of ASUS' promotional images shows two people using the ZenScreen Touch to hook up a Nintendo Switch. 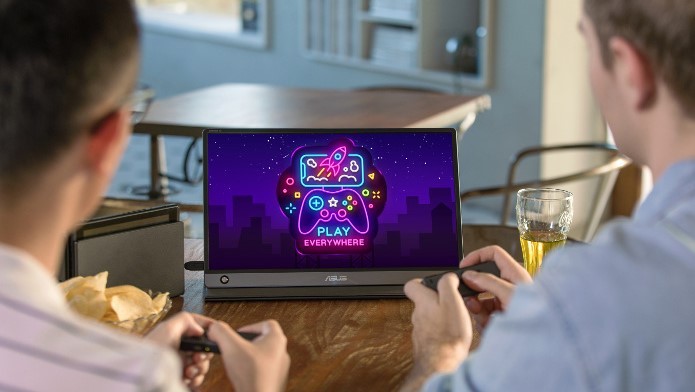 The inclusion of the touchscreen is also likely to be welcome, especially as many laptops nowadays also support it. This should make the experience a bit more consistent and you shouldn't have to worry about looking stupid poking at your non-touch screen. Like last year's model, it comes in at Full HD resolution.

Another new feature in this year's ZenScreen is that it supports input from Android devices, which means you can turn your phone into a large-screen tablet if you feel like it. ASUS is also releasing a dedicated Android app for the display, which supports Android 6.0 and higher, to make the experience a little more natural. It includes special on-screen controls and helps content scale appropriately, according to the company. 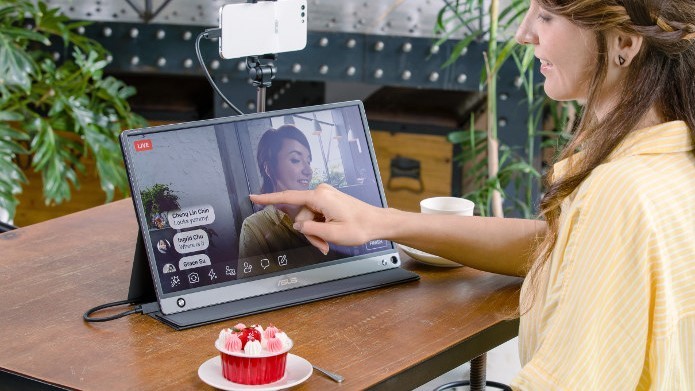 The ZenScreen Touch portable is coming later this year, but ASUS isn't ready to reveal pricing for it just yet.