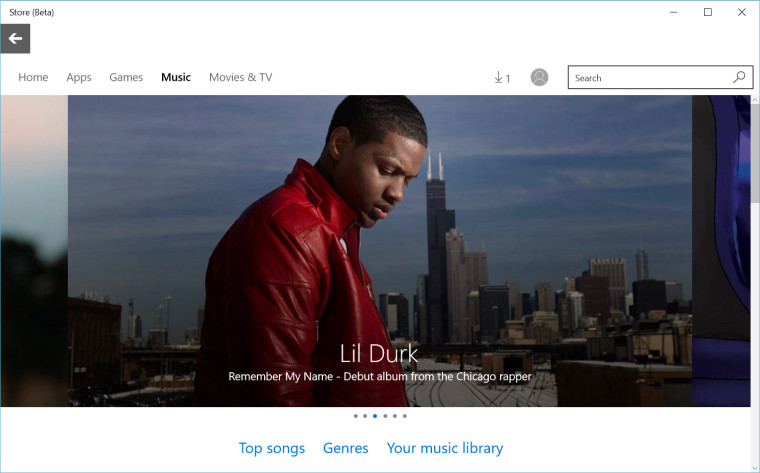 This afternoon Microsoft flipped the switch on the Music section of the new unified store for Windows 10. Within the music section users can browse through songs in the store, listen to 30 second clips before they buy, discover new artists, and more.

Previously, the store was integrated into the Xbox Music app where Xbox Music subscribers could either add songs to their Xbox Music collection or buy songs outright. With Windows 10, Microsoft has decided to break the two up (somewhat) in favor of having a one-stop-shop for users. If you have used the Xbox Music app in Windows 8.1, it should instantly feel familiar as the general layout has only undergone graphical changes to make its design language consistent with the rest of store. 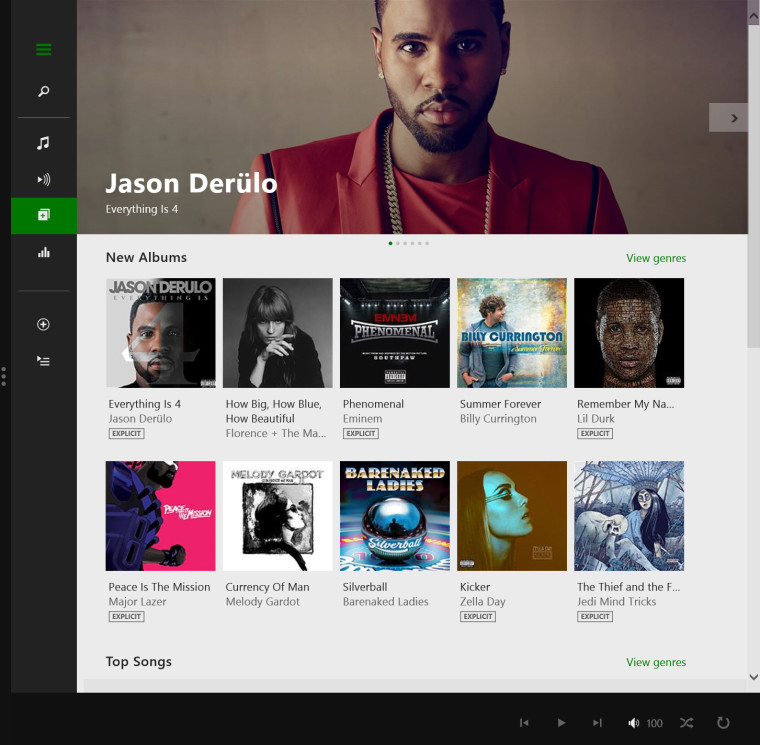 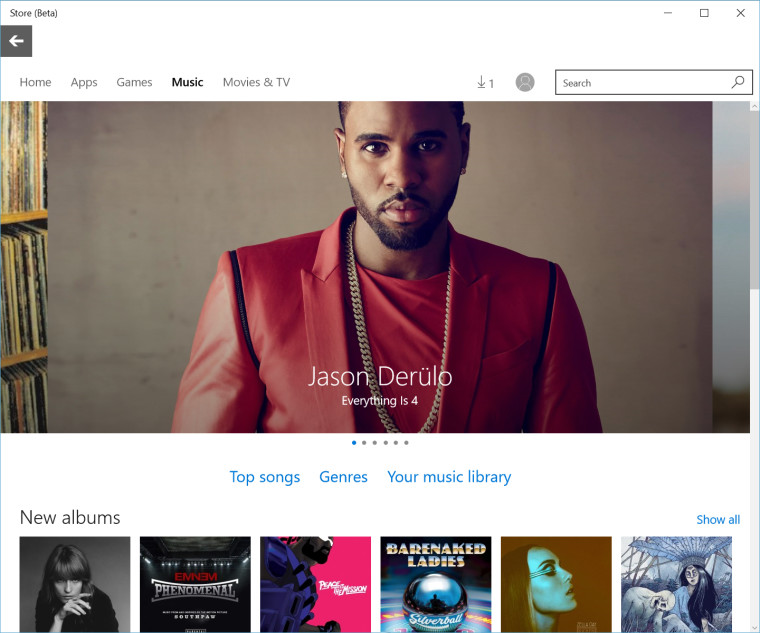 Side-by-Side: The "Explore" section in Xbox Music and the new Music Store in Windows 10 are undeniably similar

If you use the Music app, you can also access the store via the link on the bottom of the navigation column. At this point, it looks like one can only purchase music through the store. If you are an Xbox Music subscriber, you still have the "Explore" tab where you can browse the Store library through the app and add songs you want to your cloud collection.

The music section has the same general layout as the other sections of the store. We haven't been able to access the Music section just yet on our Windows 10 Mobile devices, but we imagine it shouldn't be too much longer before it becomes available on that end as well.

This store update comes just months before Microsoft plans to release Windows 10. With all the parts of the Windows 10 Store now open for business (for PCs at least), it looks like Microsoft is on track to meet that deadline. The store update is still rolling out as we speak, so if you aren't able to check it out yet, hang tight.