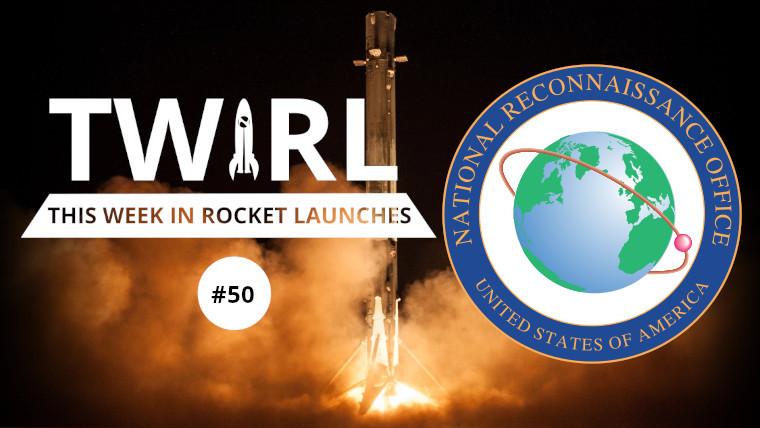 This week it looks as though we’ve just got a couple of launches from SpaceX but quite interestingly, its NROL-87 mission set for Wednesday is carrying a classified payload for the U.S. National Reconnaissance Office – one of America’s many intelligence agencies. Other than SpaceX’s launches there doesn’t look to be much else going on.

The first launch of the week will take place on Monday at 7:39 p.m. UTC. SpaceX will launch a Falcon 9 rocket carrying 49 Starlink satellites into a polar low Earth orbit where it will beam internet connectivity down to Earth. These launches are almost a weekly occurrence now for SpaceX, though this mission was delayed from January 29. In all, SpaceX wants a satellite constellation with thousands of satellites so that it can cover most places on Earth. To watch the launch, just head over to SpaceX’s launch page on the day.

The final launch of the week is also from SpaceX. Between 4:37 p.m. and 9:38 p.m. UTC, SpaceX will launch the NROL-87 mission for the National Reconnaissance Office. The classified payload will apparently go into Sun-synchronous orbit which is an ideal position for a satellite to snap images. It’s unclear whether this launch will be available to view live on a SpaceX feed due to the classified nature of the payload but if it’s not streamed, we should have a recap video next week.

While not a launch, the James Webb Space Telescope finally arrived in its L2 orbit this week after launching on Christmas Day. NASA did an event explaining what’s next for the telescope, you can watch that below.

On Tuesday, China launched a Long March-4C rocket carrying the L-SAR 01A satellite. The payload will be used to monitor things such as the geological environment, landslides, and earthquakes.

On Friday, SpaceX attempted to launch a Falcon 9 carrying the CSG-2 mission for the Italian Space Agency but due to bad weather, the mission was aborted. It’s going to attempt another launch today but you can see footage from the other day below.