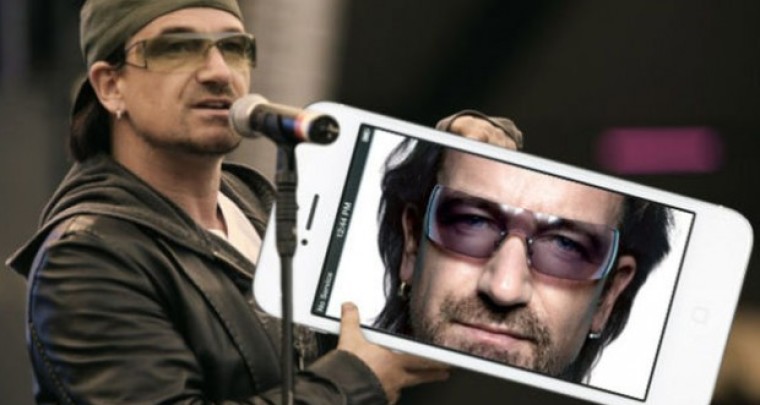 When Apple and Bono awkwardly announced that U2's "Songs of Innocence" would be a free download for over 500 million iTunes users as well as an exclusive to iTunes for a limited time, it may have sounded like a great marketing idea, at the time. That is until all of those iTunes users were forced to download the album whether they wanted it or not, eventually prompting Apple to publish a page that automatically removes the album from your account.

Now it seems Bono is sorry for the issues it caused, and said as much during a Facebook AMA interview held last night in response to fan questions about the incident:

Oops. Um. I'm sorry about that. I had this beautiful idea and we got carried away with ourselves.

Artists are prone to that kind of thing. Drop of megalomania, touch of generosity, dash of self-promotion, and deep fear that these songs that we poured our life into over the last few years might not be heard.

There's a lot of noise out there. I guess we got a little noisy ourselves to get through it.

Although Bono admitted that the band got a little "carried away", ultimately for iTunes users it wasn't so much the fact that the album sucked, or that the self promotion got frowned upon, it was the compulsory download onto devices that already in many cases, have limited storage space.

In any case, if you're one of the 81 million users that had the album downloaded automatically, Bono is sorry.