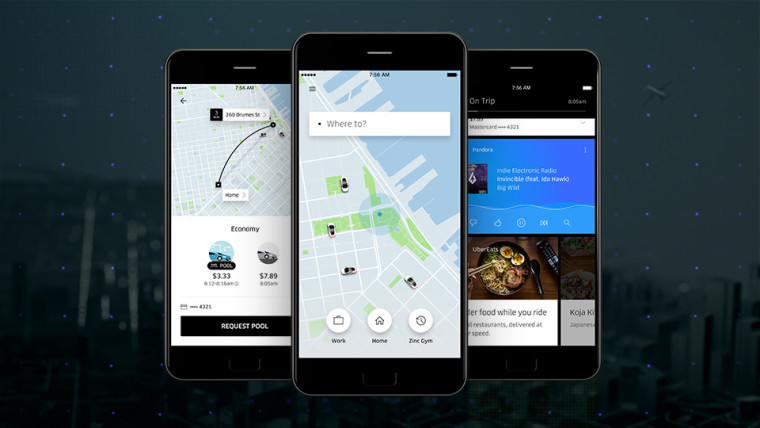 For all its talk of revolutionizing transportation and changing the world, Uber’s app can be a horrible labyrinth of hidden features and confusing buttons. But that’s all about to change, as the company is completely overhauling its ride-hailing app, with a new update coming in the next few weeks.

The new Uber app which will spread to all of our devices in the near future, seems to be a complete redesign. The app is now significantly faster, and has a much cleaner interface. According to the company, the main focus here was letting users get things done faster: hail a ride faster, understand pricing and travel time faster, pick locations faster and so on.

Once you upgrade to the new app you’ll notice that the first screen you now see is a clean, map interface with a single bar to input your destination. Once you do, ride options will now show up in different panes, showing all the info necessary: ride type, estimated fare, and travel time. During the actual ride the app will now populate the screen with en-route entertainment or suggestions from other apps like Foursquare.

There are also important improvements courtesy of machine-learning and AI. The new app will now be able to offer “shortcuts” when selecting your destination. A few direct buttons will pop up based letting you quickly pick your favorite locations. The app will be able to personalize those shortcuts based on your usual schedule or appointments in the calendar. So, for example, if you always use Uber to get back home on a Saturday night, a shortcut for your home address will pop up.

Another new feature lets you get in touch with friends quicker. As Uber says, “people are the new places”. The new app integrates with your address book and lets you select a user as a destination. The user will then be asked if he or she would like to share location, and the app will register it and take you there.

There are a number of other small improvements as well, like meetup places to make it easier to find your driver, as well as performance upgrades across the board.

The new app will soon be available to all, but some of the new feature described above may take a few more weeks before they become active for everyone.