On Thursday, Ubisoft launched its delayed beta for Tom Clancy's The Division, making it available exclusively to gamers on the Xbox One for the first 24 hours, before those with PCs and PlayStation 4s could join in the action. 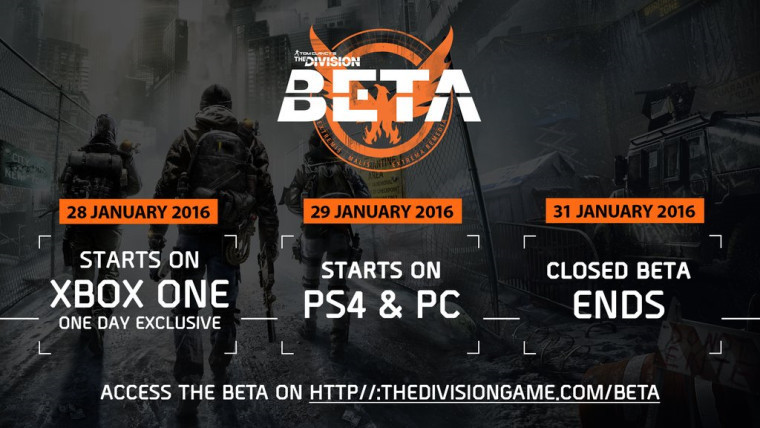 As you can see from the image above, the closed beta had been due to end on January 31, but Ubisoft has announced that it's extending it by an extra day, as IGN reports.

Over the last few days, we’ve seen an incredible amount of excitement for the game, leading to many of you registering on the waitlist for a chance to join our Closed Beta. We’ve been working very hard to let as many players as possible join, while still maintaining a smooth experience for everyone.

Earlier today, we announced that we were now inviting as many players as possible from the waitlist, in addition to those who had guaranteed pre-order access. We’ve started sending invites, with priority given to those who signed up first.

In order to allow everyone who has access to fully enjoy the Beta, we’re happy to announce we’re extending the duration by 24 hours for all players.”

Assuming there are no further delays to the long-awaited game - which was originally announced at E3 2013 - it should be released on March 8, 2016.