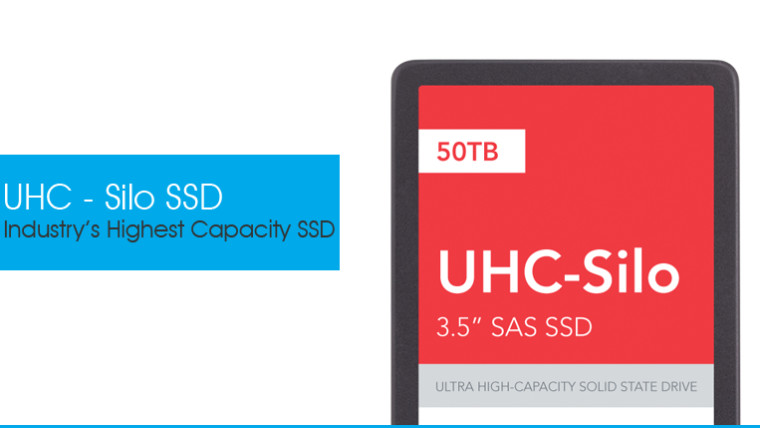 Viking Technology has managed to develop an SSD with 50TB of storage, and it may just be enough to tremble the faint-hearted data hoarders.

Viking has dubbed the new drives as the Ultra-High-Capacity Silo SSDs - or UHC-Silo, in short. The drives are using planar multi-level cell NAND flash chips, and Viking claims that it can endure one drive write per day (DWPD), every day, for five years. As for the speed, the drives are rated to deliver up to 500MB/s of sequential read and 350MB/s of sequential write.

Unfortunately, these drives aren’t exactly for the average consumers – they are meant for datacenters instead; they come in the 3.5-inch form factor, with a 6Gbps SAS interface.

They are also not the fastest drives out there, but the capacity should make up for it. Viking says that these drives can help datacenters reduce their power, space, and cooling costs by up to 80% per terabyte, thanks to the low power consumption of less than 10W when idle, and 16W when at work.

In a statement, Hamid Shokrgozar, President of Viking Technology, emphasized on the gains in a data center environment:

"There is no higher capacity SSD solution available today than the UHC-Silo SSD. These drives enable data center administrators to easily migrate to SSD performance, along with a tremendous increase in capacity. With space and cooling being critical drivers for todays datacenters, these advantages are a game changer." [sic]

Viking's UHD-Silo SSDs come in two capacities, 25TB, and 50TB, with the latter being the highest capacity SSD that’s currently shipping, per Viking. Indeed, the SSDs are out and available now, but the SSD maker won’t speak of the price: that’s a detail only available to prospective buyers, who may contact the company if they wish to own these drives.