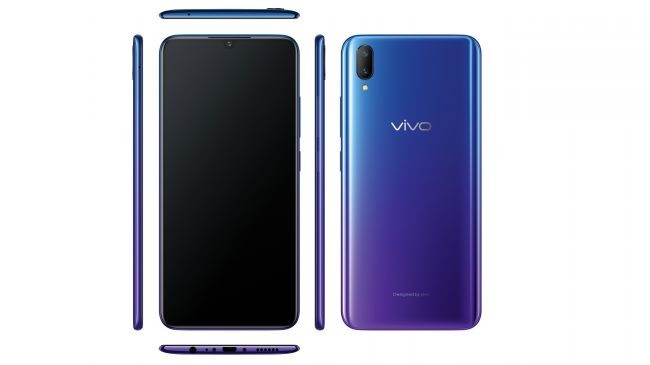 Just before the end of last month, Vivo gave the world an early look at its X23 smartphone before its official announcement slated for September 6th. Perhaps quite tellingly, the render of the phone hinted at the inclusion of an in-display fingerprint sensor, something the company had shown off at CES 2018 earlier in the year. Now, Vivo has announced the forthcoming availability of a new phone outside of China in the form of the V11.

Superseding the V9, the V11 will feature a notch in its "Halo Fullview Display" that appears to be as wide as the one in the Essential PH-1 but not nearly as tall, which may go some way towards placating those who object to the loss of screen real estate. The handset will also incorporate a Super AMOLED display, a step up from the V9's LCD, that enables the use of the included in-display fingerprint reader.

As far as major specifications are concerned, here's the full rundown:

Although specifics around cost and release dates have yet to be revealed, the Vivo V11 will first be released in India and Thailand with a rollout to other countries in the following months.

Source: The Verge via TechRadar