It’s almost a year to the day that the UK’s first 4G LTE network made its debut, and since EE launched its 4G services a few weeks later, it’s managed to grow its user base to over one million customers, with coverage in well over one hundred cities and towns across the United Kingdom. Last month, EE’s largest rivals, Vodafone and O2, launched their own 4G services, finally bringing an end to EE’s LTE monopoly in the UK, but it’s still very much early days for them both. 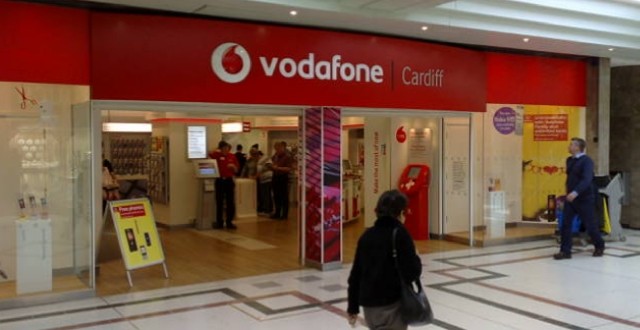 Currently, Vodafone’s 4G service operates exclusively in London, somewhat limiting its appeal. By the end of this month, though, the company will switch on its LTE network across five English cities: Birmingham, Coventry, Leicester, Nottingham and Sheffield will all get 4G signal from September 28. That’s good news, but still far behind the lead that EE has established in its coverage.

So it’s perhaps not surprising that Vodafone is looking to enhance the appeal of its 4G plans, perhaps in the hopes of enticing customers who might otherwise be inclined to hold off on signing up until national coverage is more comprehensive. This boost comes in the form of a special promotion, offering a free ‘4GBonus’ to its customers.

All existing 4G customers – and any new or existing customers that sign up to a 4G plan by October 31 – will get an extra 4GB of data per month, on top of their existing allowance, for the duration of their 12- or 24-month contract.

On the cheapest Vodafone Red 4G-Ready SIM-only plan, £26 a month gets you 2GB of data as part of the standard package; with the 4GBonus, this increases to 6GB per month. The same £26 a month only gets you 1GB of data on both SIM-only plans from EE and O2, although O2 has boosted its data allowance by 2-3GB per month on more expensive tariffs until October 31.

It seems that the arrival of competition into the market is finally reaping rewards for consumers considering upgrading to 4G, who are increasingly spoilt for choice with lower prices and more generous allowances. Even so, it may be worth holding off just a little longer on taking the plunge.

Three is launching its 4G LTE services later this year, and has promised that it won’t charge customers any premium for 4G compared with existing 3G tariffs. Even more exciting is Three’s second promise: a commitment to offer genuinely unlimited data usage on 4G plans, again with no surcharge over unlimited 3G plans.

Are you planning to upgrade to 4G in the UK? Will you be sticking with your existing operator, or are these promotions enticing you to switch networks? Or are you happy to wait until prices come down and coverage improves? Let us know your thoughts below.