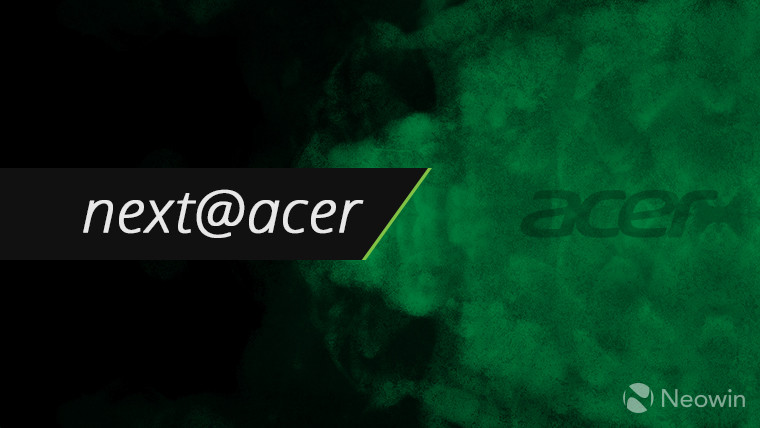 Acer is holding its annual press conference today, called Next@Acer, in New York City. At the company's flagship event, it's expected to announce a range of ultrabooks, convertibles, and gaming laptops from its Predator brand.

That's also where Acer really started showing off its Windows Mixed Reality headset, offering demos to attendees and promising availability for later in 2017.

This year's new PCs will likely focus on Intel's eighth-generation Core processors. For ultrabooks and convertibles, the dual-core chips of the last generation will now be quad-core. For gaming laptops, we'll see 45W hexa-core processors instead of quad-core.

The event starts at 11am Eastern Time, and you can watch it below: