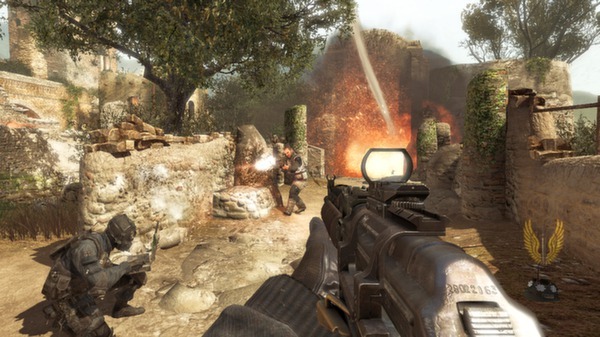 Welcome back! For those of you in the US, we hope you enjoyed your Independence Day holiday (yes, it is bad that it was on a Wednesday, but them's the breaks). Now it's time to look at some money that you could save with this weekend's downloadable PC game sales.

From now until July 10th, people who own Call of Duty: Black Ops or Call of Duty: Modern Warfare 3 can save 50 percent on all of the DLC packs for those games (four for Black Ops and two for MW3). A portion of those sales will go to the Call of Duty Endowment, which helps veterans with seeking new jobs.

Another sale this weekend, this one on Steam, takes 50 percent off the price of the RTS game Wargame: European Escalation. It also comes with a newly released free DLC pack, Conquest, which adds some new maps and a new gameplay mode.

GoG.com has ended their "Battle of the Games" event but this weekend they have 19 games from publisher Strategy First that that are all 50 percent off their already low price.

GameStop has a number of games on sale this weekend, including some big price cuts for several of The Creative Assembly's Total War RTS games. Gamersgate has taken 50 percent off games from publisher Nordic Games this weekend, with a daily deal each day that cuts the price even more for one title.