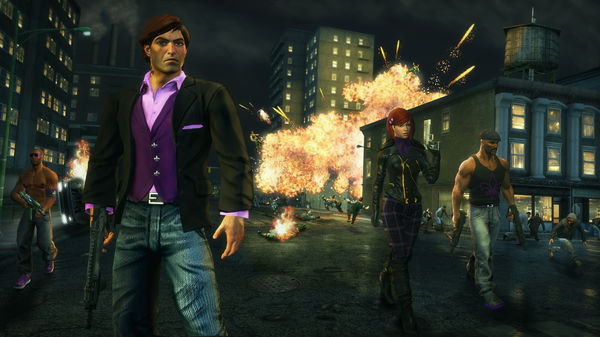 Yes, we know: A bunch of you might be very busy playing Borderlands 2 or Torchlight II this weekend. But before you go on a shooting spree or a magic casting session (or both), you might want to check out some of the cool PC downloadable game deals you can grab for the next few days.

Steam is letting people play the full version of THQ's open world action game Saints Row The Third this weekend for free from now until 4 pm Eastern time on Sunday. The game itself is on sale for 66 percent off this weekend as well, along with all of its DLC packs. Steam also has taken 66 percent off the price of the WWII shooter Red Orchestra 2 this weekend.

GoG.com has over 20 Atari published games on sale this weekend for 60 percent off their normal prices. You can also find quite a few deals at the GameStop.com website, along with the GamersGate.com site.

Don't forget the best deal of all: The currently running Humble Indie Bundle 6, where you can get a bunch of great indie games, including the original Torchlight, for the price of whatever you want to pay. This particular bundle is scheduled to end on October 2nd.