Microsoft has begun its rollout of the Windows 10 Mobile Creators Update. The latest version of the OS will be made available to far fewer handsets than had originally been expected - just 13 devices in total - and the range of new features that it brings to those phones will also be somewhat smaller than hoped.

Indeed, while the list of features and improvements added to PCs in the Creators Update is pretty lengthy, there aren't nearly as many changes for Windows 10 Mobile devices, and most of the revisions that have been made for phones are less substantial. 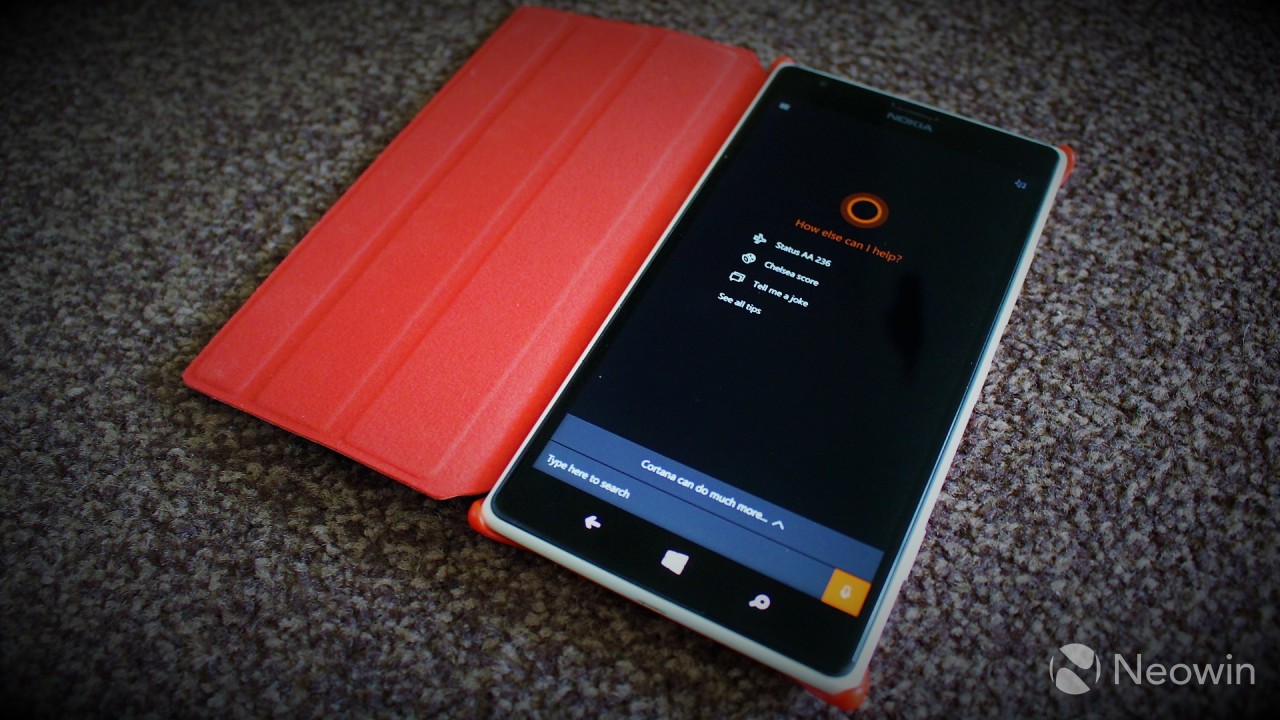 The most visible change to Microsoft's digital assistant is a slightly redesigned launch screen, with a tweaked layout and a black background replacing the dark grey. Cortana can now control music playback in more apps, as well as offering greater control over other device operations, including adjusting the volume.

Cortana was previously able to identify songs, but users can now activate this feature using voice. Additionally, Cortana is now able to recognize and identify songs in China.

Microsoft has made some revisions to bring Mobile device settings closer to those of PCs. In some cases, it has added new options to Windows 10 Mobile, but many of the changes are simply to present existing settings more clearly, with improved labelling and explanations for less tech-savvy users.

One of the most significant new features available is App Reset, which was introduced for PCs with the Anniversary Update last year. This enables users to deal with problems in apps that can't easily be resolved, by resetting the app "back to its original state".

Microsoft improved this accessibility feature to help those who use its high-contrast user experience to be able to read content in UWP apps with greater ease. Microsoft explained that it updated "the XAML framework to now display an opaque layer behind the text and coerce semi-transparent UI to be fully opaque." 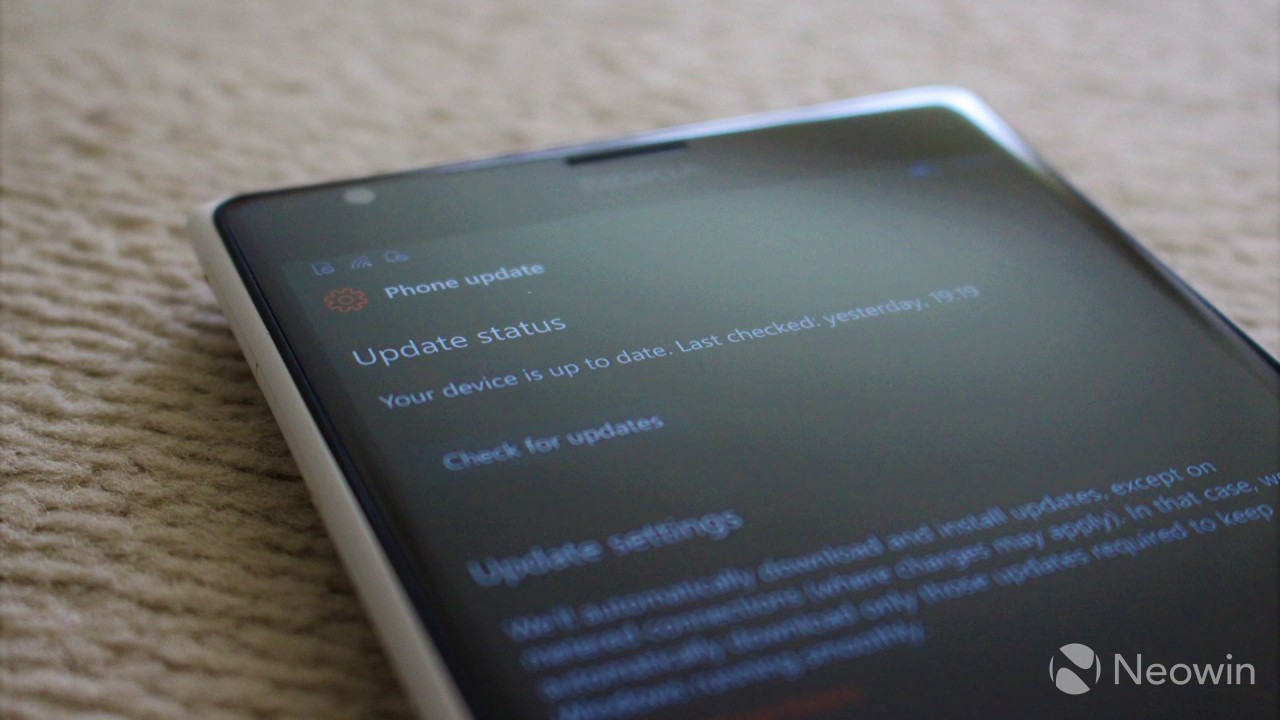 Microsoft introduced the new Unified Update Platform, designed to provide a more 'seamless' update process for Windows 10 devices. But another key function of the UUP will be to make major updates much smaller. This will involve only installing "a differential download package [that] contains only the changes that have been made since the last time you updated your device, rather than a full build."

The company will also be offering users more control over when the latest updates are installed, including longer Active Hours, the ability to 'snooze' updates for several days, and the option to schedule a required restart at a specific time.

Microsoft made improvements in its Edge web browser to enhance text scaling when viewing and zooming in on websites, offering better legibility for all users.

One very visible change in Edge is the addition of support for reading books in the browser, which can be purchased from a new section of the Windows Store (although this is currently only available in the United States). Those books bought from the Store come as PDFs, but Edge also supports the DRM-free EPUB format. As on PCs, you'll also find a 'read aloud' feature - and you can probably guess what that does.

This new pre-installed app offers a way to view content that you've created using the new Paint 3D app that comes with the Windows 10 Creators Update on PCs. It offers absolutely no other functionality aside from that.

Users can now sync their settings on Azure Active Directory-joined handsets, using Enterprise State Roaming, including passwords, Wi-Fi profiles, Edge Favorites, Edge Reading List, and app data across desktop and mobile devices. Microsoft said that you'll also be able to "sign into Cortana with your work or school account instead [of] your Microsoft Account, enabling you to use Cortana even if your organization does not support MSA."

On the few handsets that will be able to install it, the Creators Update should deliver smoother performance, and better battery life - and this may well be why Microsoft decided to limit its availability to such a small group of devices. Some have criticized Microsoft for that choice, but the company has said that the telemetry and 'negative feedback' it received from owners of older devices informed its decision not to upgrade those handsets with the new update.

Those who own handsets with Windows Hello biometric login support should also see improvements, enabling them to sign into their devices more quickly than before.

You'll find a few other minor changes dotted around the OS too. For example, the emoji keyboard is now persistent, remaining active after you've inserted an emoji - handy if you want to add more than one at a time. There are some new sounds in the OS too, matching those in the PC release.

The Action Center has picked up a useful new feature, offering users 'call', 'text' and 'remind me' buttons for missed calls.

But improvements and additions like these are few and far between in the Windows 10 Mobile Creators Update - and some features that were expected in the update didn't make the cut. 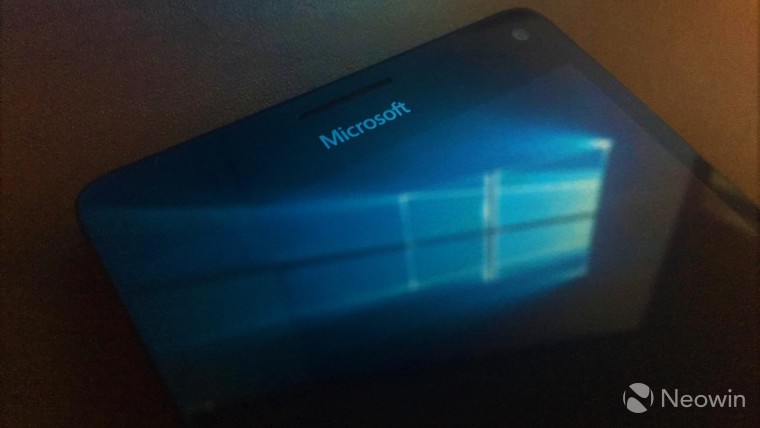 In September 2016, at its Ignite conference, Microsoft announced a range of improvements to its PC-like Continuum user experience, which allows owners of supported Windows 10 Mobile devices to use a mouse and keyboard with the handset, when it's connected to a secondary display.

The company said that its Continuum enhancements would bring the user experience closer to that offered on Windows 10 PCs, including support for windowed apps; the ability to pin apps to the taskbar; and customization for the Start menu on Continuum, without affecting the Start screen on the handset.

Microsoft said those features were coming in its next update, which meant that they should have been part of the Creators Update, but there's still no sign of them. However, with the Creators Update, you can now turn off your phone's display while continuing to use Continuum, but that doesn't come close to the features that were promised.

Continuum was one of Windows 10 Mobile's defining features, although it has since been replicated by Samsung with the Android-based DeX experience offered on its new Galaxy S8 flagships. It's disappointing, then, to see that Microsoft has done so little to improve Continuum in its latest update, to try to stay ahead of its rivals.

Originally introduced to Windows 10 in PC preview builds as 'Blue Light', this feature reduces the amount of blue light emitted by the display after sunset. "Displays emit blue light - the kind of light you see during the day," Microsoft explained. "Windows can show warmer colors to make it easier to sleep at night."

Given that iPhones and Android handsets have both had similar functionality for some time, it seemed inevitable that the Night Light feature would come to Windows 10 Mobile, especially when you consider that many people use their phones in bed, right before they go to sleep.

In an interview with Neowin in February, Windows Insider Program chief Dona Sarkar said that Night Light, and the promised Continuum improvements, would come to Windows 10 Mobile "at the right time for the audience". Neither of those features are in the Creators Update, so it's not yet clear when the right time will be.

When Microsoft first announced details of the Creators Update on October, it revealed a major overhaul for its classic Paint app. The new Paint 3D app is one element of the company's mission to deliver '3D for everyone'.

As part of its demos, Microsoft also showed off a remarkable new Windows Capture 3D app, which can use the camera on an ordinary smartphone to 'scan' real world objects which are then turned into 3D models that can be manipulated on screen - but that app won't be arriving anytime soon.

Microsoft announced in January that its Apps Corner feature was being removed from the OS due to low usage. Apps Corner allowed users to set up a separate area on their phone populated with a limited selection of apps - for example, to let one of your kids play with your phone without giving them access to the rest of your apps and data.

WSUS support has also been removed, and replaced with the new Unified Update Platform. You can find out more about the features that have been deprecated or removed in the Creators Update here.

What do you think of the Windows 10 Mobile Creators Update? Are you a fan of the new features, and are there any others that you would have liked to see? Are you even able to install it on your device, or is your handset now unsupported?