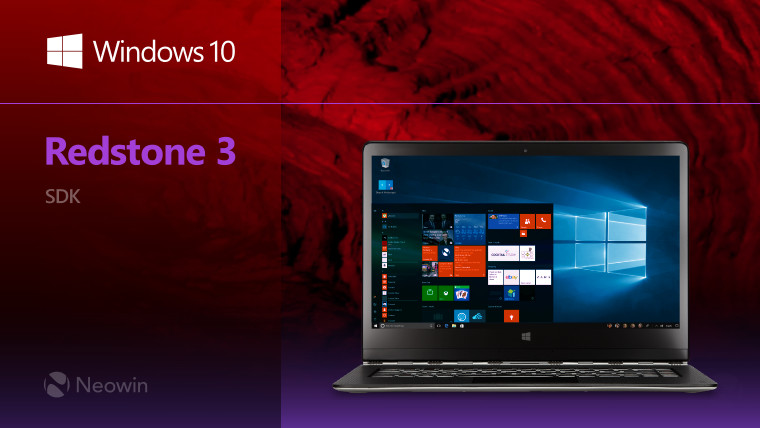 Today has been a busy day for Microsoft. It's day two of the company's Build 2017 developer conference, and at the keynote, the firm announced that Redstone 3 will be called the Fall Creators Update. The update will bring OneDrive Files On-Demand, and a number of features that are meant to provide continuity between Windows 10, iOS, and Android.

Following the keynote, new Windows 10 builds were released for PCs and phones, which are 16193 and 15213, respectively. ISOs were offered for the PC build, which are actually the first images of a Fall Creators Update preview.

But there's also a new SDK Preview, which is build 16190, and it comes alongside Mobile Emulator Preview build 15209. Microsoft notes that new SDK Previews are only formally supported by Visual Studio 2017, and you can use it in conjunction with older SDKs.

This release of the Windows 10 SDK Preview Build, we have introduced the following new controls: NavigationView, TreeView, RatingsControl, ColorPicker, ParallaxView and PersonPicture to the Windows.UI.XAML.Controls namespace. It also adds brushes for Acrylic and Reveal, part of the Fluent Design System. See also the new XAML Controls Gallery in the Windows Universal Samples collection.

As usual, there's quite a long list of API changes. If you want to see the full list, you can find it here.