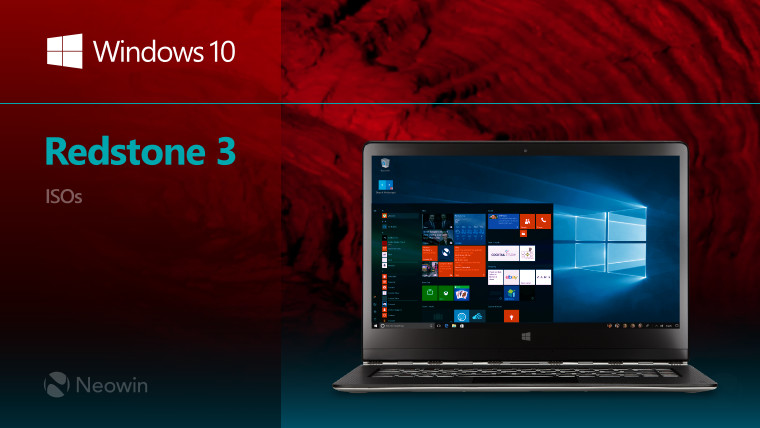 Earlier today, Microsoft released Windows 10 Insider Preview build 16193 to PCs in the Fast ring. The company has now published ISOs for that build to the Windows Insider Program site.

The last set of ISOs that Microsoft released were for build 15063, also known as the Creators Update, which is currently rolling out to PCs around the world. The new ISOs that have just become available are the first from the Redstone 3 development branch, which will eventually become the next major Windows 10 update. At its Build 2017 developer conference today, Microsoft announced that update will be known as the Windows 10 Fall Creators Update.

As with its development of the Creators Update, which was formerly known as Redstone 2, Microsoft has released five ISOs today:

Microsoft also rolled out Windows 10 Mobile Insider Preview build 15213 to the Fast ring today - but that preview is from the separate 'feature2' development branch, rather than Redstone 3.