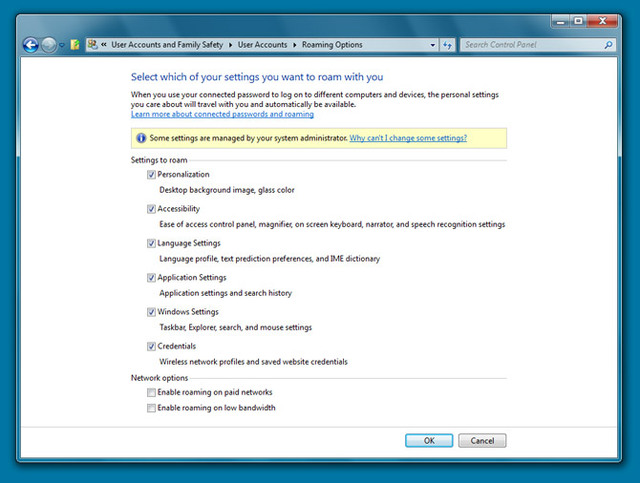 Windows 8 will come packed with many new features, while some have already been found, others are still hidden away. But, just because features are hidden/locked, does not mean that talented individuals can't find a way around these barriers.

Individuals over at MDL (via istartedsomething.com) have uncovered the Window's 8 roaming account feature. This new addition to the Windows platform will allow you to carry individual settings with you on different Windows platforms (other Windows 8 environments or a WP7 device). But, this feature will only be available for "linked accounts", which means that unless you tie your settings to an unnamed Windows service (most likely Windows Live), you will not have this functionality.

With this new feature, if you have multiple computers, keeping your settings in sync will become that much easier. This will be a welcome addition by users who are constantly on the go and prefer to have each of their multiple environments exactly the same.