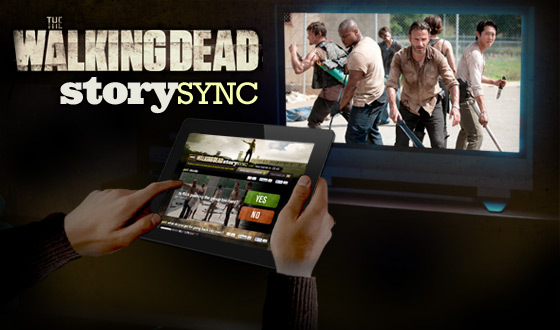 The first TV commercial for Windows 8 debut earlier on Sunday, but Microsoft also decided to create a custom TV ad for its next operating system that showed up on the season premiere of AMC's hit zombie drama The Walking Dead.

While the ad has yet to be uploaded online, the spot appeared during the first half hour of the acclaimed TV show. The spot showed a person using a Windows 8-based tablet with a Walking Dead-themed interactive experience.  The person was also instant messaging a friend while watching the episode. At one point in the commercial the friend appeared to turn into a zombie, with the IM reading that they could not wait to "eat you."

Thankfully, that part turned out to be a dream by the main person in the TV commercial, but not before we saw a keyboard being used by zombie hands. As of this writing the TV spot has yet to appear online.

AMC has what it calls StorySync on the official Walking Dead website that allows people to participate in trivia questions, polls and more while they are watching live episodes via a web browser.