As the official launch of Windows 8 draws ever closer, Microsoft's marketing machine is already working to spread the word of the new OS, with the first TV ad promoting Windows 8 being broadcast over the weekend, and a prominent banner ad appearing in New York's Times Square. You'll probably already know that the company has also been engaging in less 'traditional' advertising for its new Surface tablets, with 'street art' ads popping up on walls and sidewalks across the US.

This urban artwork advertising appears to have spread beyond the confines of the United States, with an ad having been spotted this morning on the other side of the Atlantic in Paris, France. 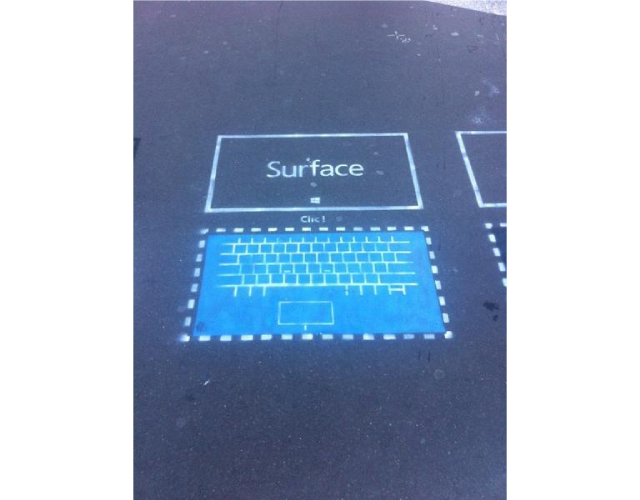 The artwork closely mirrors that already seen in America; the only significant difference is that the 'Click in' tagline has been replaced by the French equivalent: "Clic!"

While Microsoft has made its distribution plans for Surface in the US well known - with the tablet set to be offered via the company's website, Microsoft Stores and temporary pop-up 'holiday stores' across North America - virtually nothing is known of how it might sell Surface in other markets, leading some to speculate that the device might be doomed to follow in the footsteps of the Zune device family in remaining a homeland exclusive.

But with references to Surface appearing on some Microsoft sites in Europe, and today's appearance of the street art ads in Paris, it certainly seems that the company has every intention of soon launching its greatly anticipated new tablet on this side of the pond too.

Update: Surface Evangelist has alerted us to another ad on the streets of Paris, not far from the Étienne Marcel Metro station, captured by @RichardYing: 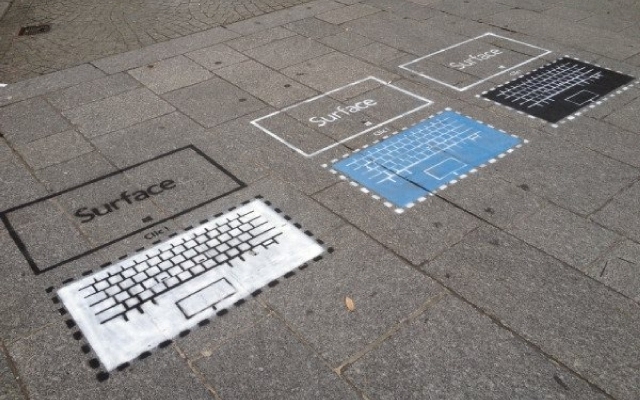