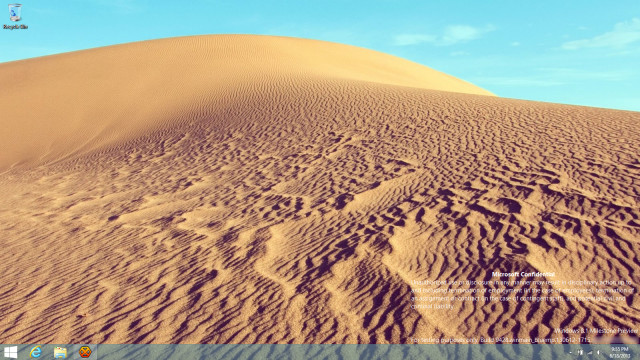 In the lead up to Microsoft's BUILD conference next week, the company is putting the final touches on a Windows 8.1 preview build, which they will be releasing to the public during the conference. The build that might be this very preview, build 9428, that has been spotted in the wild carrying a "Milestone Preview" label on the desktop.

As we only have a screenshot of the desktop of this build, it's unclear exactly what new features might have been included since the last time we saw Windows 8.1 in action. The build was compiled on June 13th, so it's unlikely anything will be added between now and the conference next week; we'll be at BUILD, so be sure to check back soon for all the Windows 8.1 news out of San Francisco.