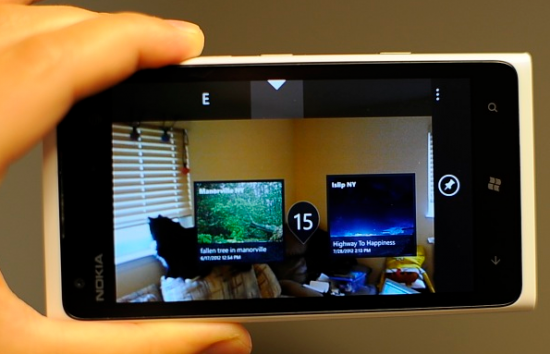 If you are a Windows Phone user, the good news is that The Weather Channel app just got a big 2.0 upgrade. The bad news? The new version is just for people who own Nokia Lumia smartphones, at least for now.

WPCentral.com has posted up information about what is included in the new Weather Channel 2.0 app. The biggest addition is an augmented reality feature that uses the Lumia's camera feature to show weather photos that have been taken by people who live in the area. The photos are from the Weather Channel's own iWitness program. Users can sign up for iWitness and then take weather related pictures on their Lumia device which will automatically be sent to the service.

The upgraded app also includes a way to track your Facebook and Windows Live friends to see how the weather is at their particular locations and even offers a way to see if your friends are under a special weather alert. The new app also lets users set up their own personal alerts to see if, for example, the pollen levels are too high.

Remember, this Weather Channel 2.0 app is just for Nokia Lumia users for now, although it's likely it will be launched for other Windows Phone devices at some point.