Royal Pingdom has posted the results of a short study that looked at the availability of the software update services for three popular operating systems: Windows, Mac OS X, and Ubuntu.
Pingdom's uptime monitoring service performed a test once every five minutes and if downtime was found, it was confirmed from two different locations and was counted for however long it lasted. The results were then tabulated in a graph: 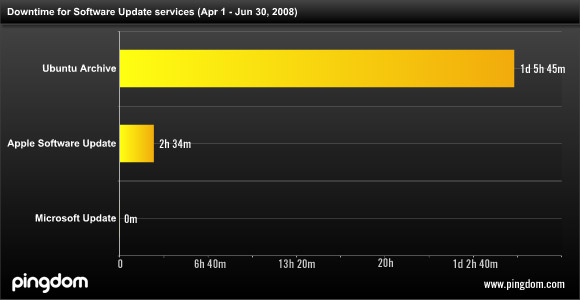