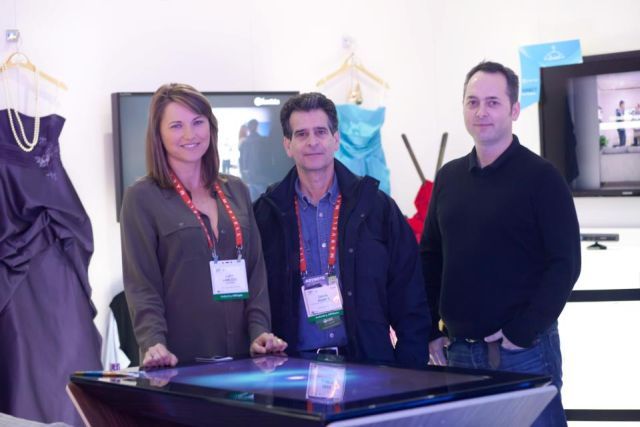 Microsoft may be ending (for now) its CES attendance with the 2012 show this week, but at least before the company removes its exhibit space for good it got a couple of interesting visitors to drop by. As posted on Microsoft's Facebook site, actress Lucy Lawless and Segway creator Dean Kamen are shown above Microsoft's Surface 2.0 table with Microsoft's Steve Clayton.

We have no idea how the maker of the Segway and the actress who played in the great TV show Xena Warrior Princess and the even better (and very gory) Starz series Spartacus would be in the same place at the same time but hey, that's the magic of CES for you.

Speaking of Surface 2.0, Microsoft has also posted up a new video showing the touch screen interface being demoed at the Microsoft CES 2012 booth. There are no actors or inventors around for the video but it does show off the new features of Microsoft's large touch screen technology really well. One of the features is that the touch screen can sense if more than one person is touching the interface and adjust to that fact. It also shows off some cool Bing search features and even some touch screen art drawing demos.