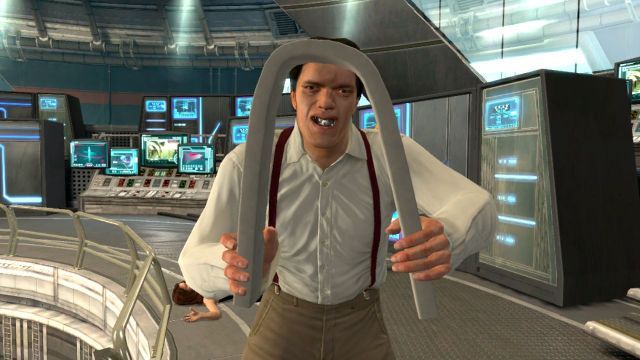 007 Legends was first announced a few months ago and this week the game's publisher Activision confirmed that current James Bond movie actor Daniel Craig will offer his likeness to the role of Bond in the first person shooter.

The press release didn't state flat out that Craig would also lend his voice to the role but at least the Bond in the game will be recognizable and not just a standard good looking British guy. In addition to Craig, two of his co-stars from the upcoming Bond movie Skyfall will have their likenesses in 007 Legends. One of them is Rory Kinnear, who plays MI6's Chief of Staff, Bill Tanner. The other is Naomie Harris, who plays a MI6 agent in the movie.

007 Legends, developed by Eurocom, will have a mission based on Skyfall that will be released as a free download when the game comes out on October 16. There will be five more missions based on classic 007 movies. One of them, Moonraker, will have Michael Lonsdale reprise his role as evil billionaire Hugo Drax and Richard Kiel will also return as the super assassin Jaws.

In addition, 007 Legends will get some behind-the-scenes help from Bruce Feirstein, who helped write the overall storyline for the game. Feirstein either wrote or co-wrote three previous James Bond movies. Also, veteran Bond movie music composer David Arnold will help in those duties for the game.