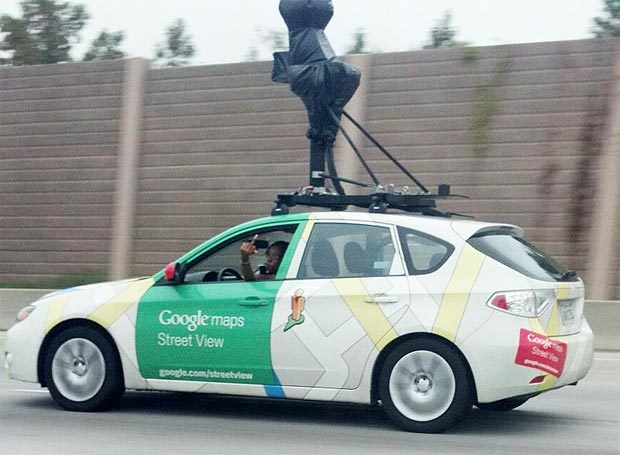 The Google crew has done a tremendous job mapping out the World and providing us with a plethora of information that used to take hours to compile. But, when you are driving as much as Google, you are bound to run in to a few things, or a lot of things given the miles they have put on their vehicles. While we appreciate what Google has done, we thought it would be fun to take a look at all of the roadside victims of Google’s escapades.

#10) Low hanging fruit, or in this case, the tall mounted camera, is not something most people are used to having attached to their roof. This Google driver managed to hit a limb and have the camera obstructed by a leaf for a considerable distance that makes the images a bit useless.

#9) Google has some pretty cool technology; they have even built a car that can drive without a human inside. But, sometimes even those self-driving automobiles are not immune to terrible driving skills as one of the vehicles ran in to another Prius while out driving. The funny part about this is that it was actually human error that caused the accident, chalk one up to not letting Google do your driving. 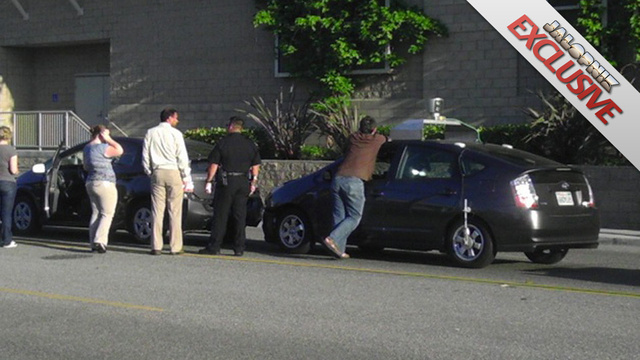 #8) When you rear-end someone, typically it is your fault and in the #8 place we see that the Google vehicle hit an older model Ford. The car is in need of some repairs as the front end is falling off, but it does not look like the airbags went off, which is a good thing. 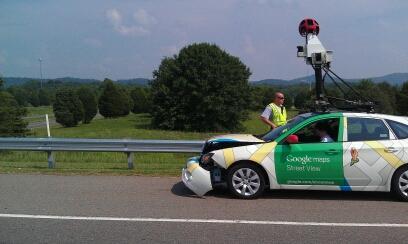 #7) Going off-roading is a fun time if you have a 4X4 and a buddy to help you out if you get stuck in the mud. Fortunately this Google driver had a friend with a tow-rope as the vehicle, with the camera running, got stuck in the mud and needed assistance being pulled out.

#6) When your tire goes flat, you have little time to pull over and get the spare on before you ruin the rim. Fortunately for this Google driver, he was close to a repair shop and able to get that pesky tire taken care of. 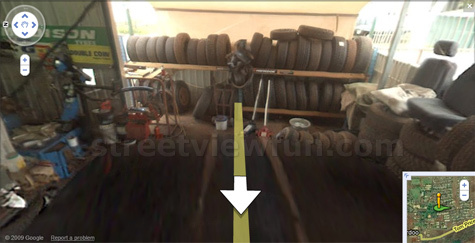 #5) We have all seen them, those little orange barricades that are supposed to stop you from driving down a road. Well if you are a Google street car driver, you don’t care about those stupid barricades, do you.

The driver of this vehicle, like a boss, drives right over the plastic barricades and of course the camera attached to the vehicle caught it all. 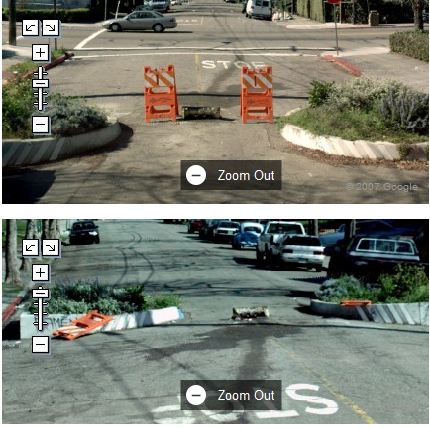 #4) There is nothing like that gut wrenching feeling when you look in your mirror to see the Police behind you with the lights on and siren screaming. This unlucky driver of a Google Maps vehicle made in illegal maneuver in Bradford, UK and paid price. 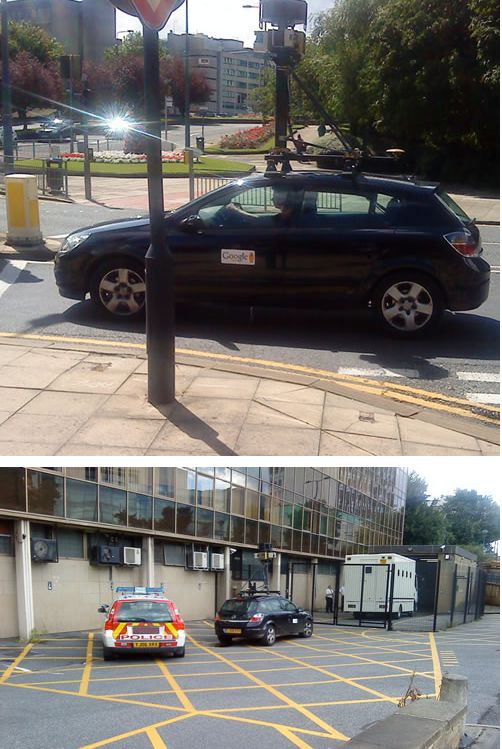 #3) Tell us if you have seen this one before (we jest) but another Google Maps vehicle is getting special attention of Police in Presidio, California 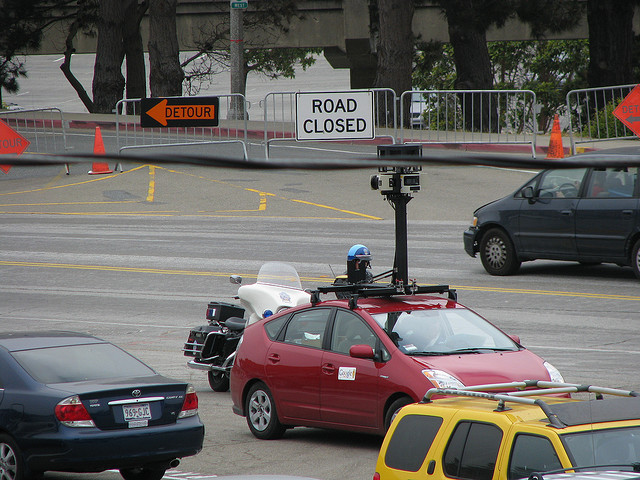 #2) We have all seen the videos of a truck smashing in to a bridge, but what about the first person view. The #2 spot goes to an unlucky driver who managed to hit a bridge and of course, like all the others, was captured by the mapping company.

#1) Hitting a deer with your vehicle is never a fun experience and most of the time you only get to re-live the moments in your mind. That is, unless you are a part of the Google Maps team and managed to capture it all with your camera mounted to the top of your vehicle. 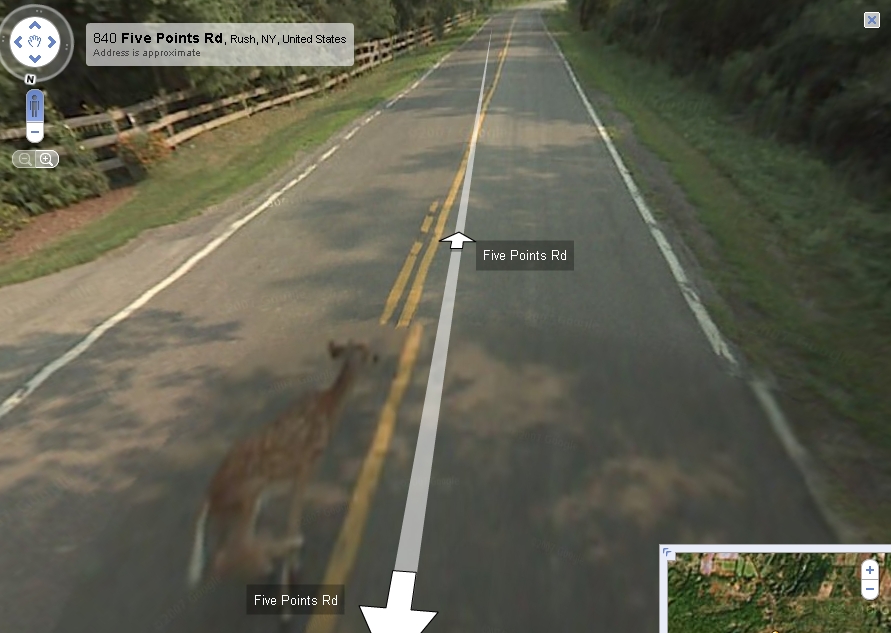 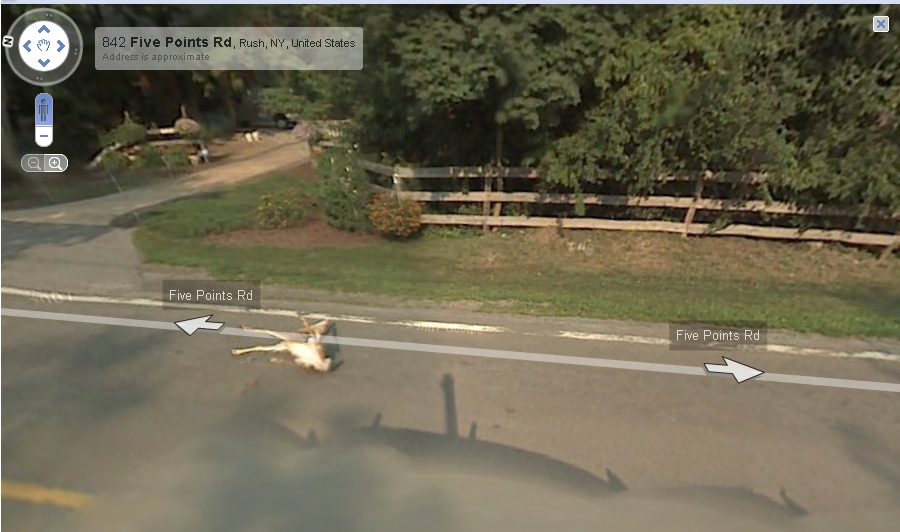 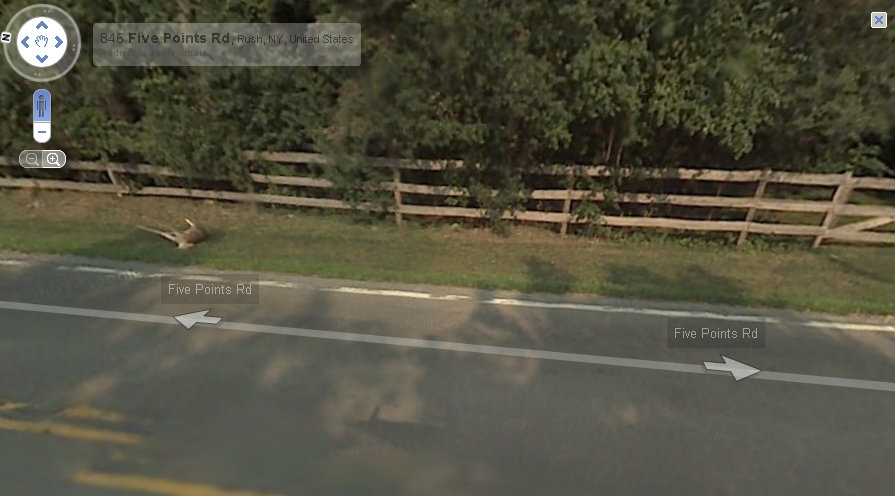 Google said that the deer survived the impact and surely the driver was shaken up but fortunately, no lives were lost this day.

Google is bound to hit some more objects along the way and we are sure the Bing mapping team has had its encounters as well. The next time you fire up Google Maps, make sure to remember this post and all the encounters the team goes through to make these maps possible.