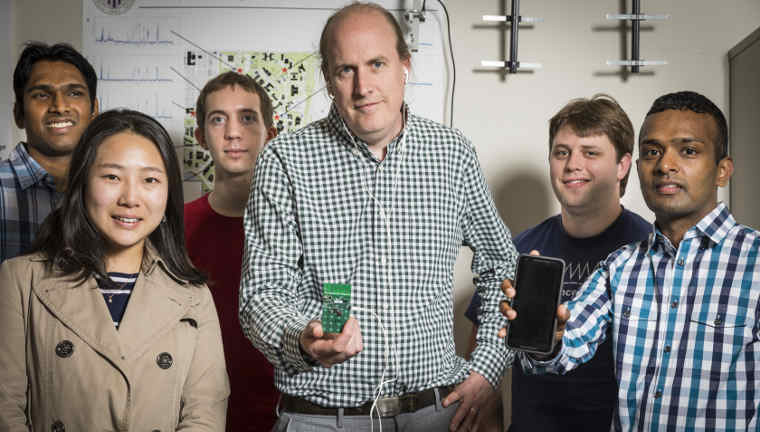 A team from the University of Washington's Department of Electrical Engineering and the Allen School of Computer Science & Engineering has managed to build and successfully make calls with a battery-less phone.

The device currently looks like the most basic parts of the inside of a palm-sized computer, there is no screen, no case, and it doesn't look anything like something that would be widely used yet. The battery-less concept was proven through Skype and a custom base station the team made, after they were able to make calls, put someone on hold, and receive calls on the phone.

Regular phones conduct a very power hungry conversion, from analog signal to a digital format.This phone is able to operate without any battery and avoid that conversion by exploiting tiny vibrations in its microphone or speaker that happen when a user talks into the phone or listens to a call.

The phone only requires 3.5 microwatts of power and was built with regular off-the-shelf components. In addition to the user-based power generation, it can also gather power from ambient analog RF transmissions from the base station up to 31 feet away. The phone can also gather power from a solar cell the size of a grain of rice built into the phone; which would extend the range up to 50 feet from the base station.

The team says that all cell phone towers or Wi-Fi hotspots could easily be fitted with the analog RF signals that this phone requires to operate, which means you would be able to go battery-less nearly everywhere.

The device, which is still a prototype, is very much like an old walkie-talkie; the user has to push a button to receive and push a button to transmit, all through a pair of headphones. It’s likely that the current rudimentary feel of the device will be ironed out before it is developed into an actual product. The team has already set its sights on a similar device that can stream basic video, so who knows what it might look like and be capable of when it is completed.

If we are to take the relaunch of the no-frills Nokia 3310 or the development of the Light Phone as examples, long or endless battery life is definitely something that outweighs other capabilities for many users. If this phone does come out, it will be very popular amongst those seeking a basic yet reliable communication device.

Source and image: University of Washington