As we noted in our review of last year's Dell XPS 15, the laptop does a somewhat unique job of combining power and portability. The company announced the XPS 15 2-in-1 at CES, fitting even more power into a convertible form factor with Intel's new H-series chips that include a dedicated GPU.

But given how powerful the XPS 15 2-in-1 is, one had to wonder what Dell had in store for its next refresh of the traditional clamshell form factor, and those questions are answered today, as the firm announced the new XPS 15.

This generation's XPS 15 includes Intel's 8th-generation H-series processors that were also announced by Intel today. These new chips are hexa-core, and there's even a Core i9 option, which was previously exclusive to Intel's Extreme desktop lineup. This all adds up to more power, and the graphics are getting an improvement as well with an Nvidia GeForce GTX 1050Ti, whereas the last generation included a 1050.

With all of that power, it doesn't sacrifice on portability, coming in at just four pounds and between 0.45 and 0.66 inches thick. It also fits in a 15.6-inch InfinityEdge display with a 4K UHD resolution (there's also a 1080p model), but that also means that the webcam is once again placed underneath the screen. The display has a 100% Adobe RGB color gamut, and a 1500:1 contrast ratio, with 400 nits brightness and a 178-degree viewing angle.

For Windows Hello, the fingerprint sensor has been moved to the power button. As the last generation also included, there's still a Thunderbolt 3 port, so users can hook up a pair of 4K monitors or one 5K monitor, and there are also two USB 3.1 Gen 1 ports with PowerShare.

You'll be able to pre-order limited configurations of the Dell XPS 15 on April 16. Dell also announced that the XPS 15 2-in-1 will be available in black this May. 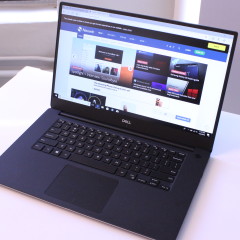 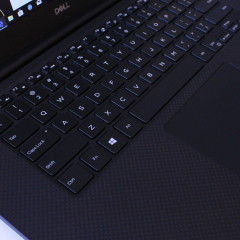 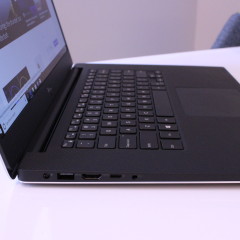 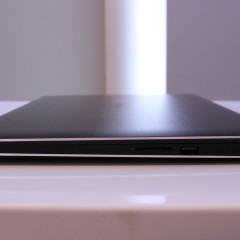 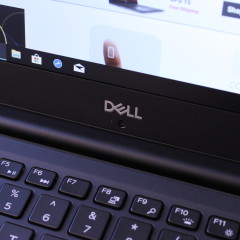 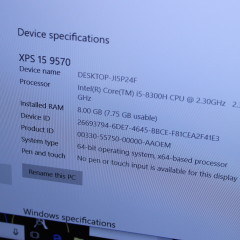