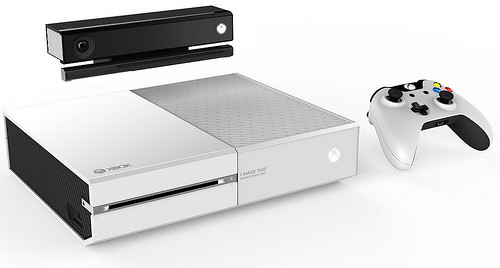 Last week, the UK-based charity Gamesaid put a rare white Xbox One for auction via eBay and it ended up raising £5,000 to help fund programs that assist disadvantaged and disabled children. Today, the U.S eBay site has a listing for another one of these white Xbox One consoles and again the proceeds of the auction will go to a good cause.

The eBay listing shows that the money from the winning bid will go to the Wounded Warrior Project, a group that is dedicated to help injured military service members. The white Xbox One was donated by Microsoft's Xbox Live's programming head Larry "Major Nelson" Hryb. Already the auction has generated a top bid of over $11,000 as of this writing. The bidding will end on November 18th.

If you have a lot of money and really want to get this very rare item, keep in mind that the white Xbox One also comes with one year of free Xbox Live Gold service along with a copy of each of Microsoft's first party Xbox One games. The white versions are given to the members of the Xbox One launch team at Microsoft for free.