"Winning has never been about having the most" 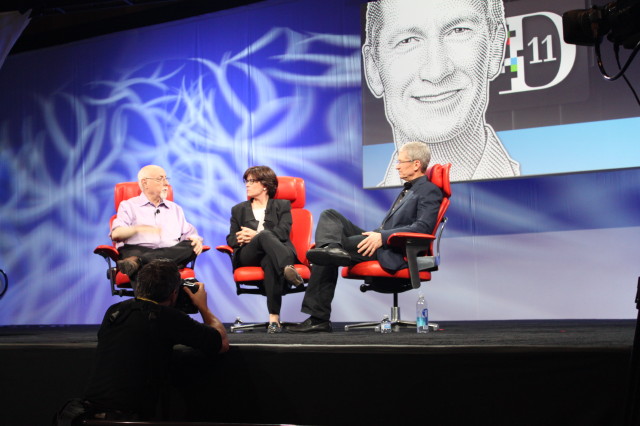 As would be expected from a true grilling of Apple's CEO, the D11 conference saw Tim Cook answer some difficult questions about Android's huge growth in the mobile marketplace. With Google's mobile OS hitting 90% market share in some countries, Apple may have never had more competition.

Do I look at that? Of course, I don't have my head stuck in the sand. But for us, winning has never been about having the most.

Instead, Cook backs up Apple's age-old philosophy of quality over quantity, an ethos that ironically saw them crash and burn after Steve Jobs spent $20,000,000 on a purpose-built Macintosh factory:

Apple's head went on to cite usage statistics to throw a different viewpoint on the matter, citing NetApp figures that show that 59% of worldwide mobile web traffic emanates from iOS devices. Cook also discussed an e-commerce study that showed the iPad drives twice as many sales as all Android devices combined -- both smartphones and tablets. This could be viewed as a big evasion of the question, but Cupertino doesn't appear phased by the exponential growth at this point.

You can watch the full interview with Tim Cook at the D11 conference below: