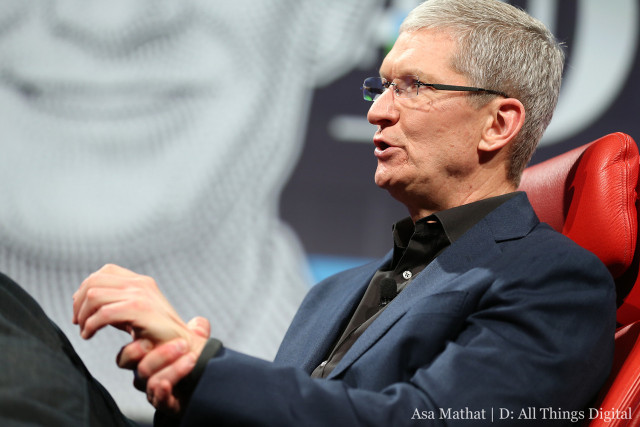 Rumours surrounding Apple's unannounced iWatch have been flying thick and fast in recent months. With the advent of Google Glass as well, the focus of wearable computing has moved away from the Californian tech giant.

Wearables are incredibly interesting, it could be a profound area. There are lots of wearables, but of the ones doing more than one thing, I haven't seen anything great out there. The area is ripe for exploration, and it's ripe for us to get excited about. Lots of companies will be in this space.

When asked about Google Glass, Cook gestured to his own prescription glasses, suggesting that he, and others, only wear glasses because they "have to". The CEO went on to say that those who wear glasses want them to be unobtrusive and stylish, a clear stab at Google's offering. Cook then described he felt wearing a watch was natural, and as such less obtrusive. He did, however, admit that there are very few watch wearers among the younger generation.

The CEO, who last year said Apple were "doubling down on secrecy", naturally avoided any direct questions as to whether Apple would be getting involved with wearable tech, but did elude to it:

I don't want to answer that one. But it could be another branch of the tree.

Given the secretive nature of Apple, this is probably the most confirmation we've ever going to get until the product's announcement. Stay tuned!

You can watch the full interview at the D11 conference below: