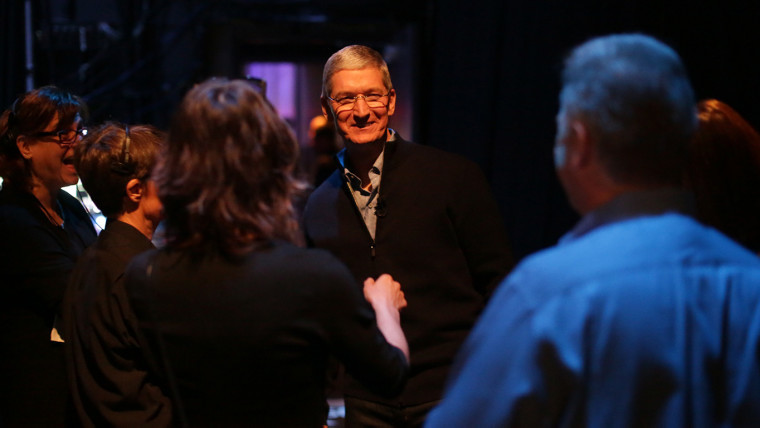 The iPhone X is undoubtedly an expensive phone – it starts at $999 – but Apple CEO Tim Cook says that the device is set at a “value price” considering the amount of technology that’s built into it.

"Well it's a value price, actually, for the technology that you're getting, and, as it turns out you know most people are now paying for phones over long periods of time, and so very few people will pay the price tag of the phone initially. Also, most people actually trade in their current phone, and so that reduces the price further, and some carriers even throw in subsidies and discounts. So, when we look at it the phone – the iPhone in particular – has become so essential in our daily lives, people want it to do more, more, and more and so we built more and more technology in to be able to do that."

Samsung’s Galaxy Note8 costs $950; the newly-leaked Pixel XL from Google reportedly starts at $849; it is important to remember that Cook is talking about the device’s price relative to how much hardware and technology that goes into making it. The question that should be of more importance is whether the iPhone X is worth its price considering its value for its user over its lifetime.

Apple has a tradition of launching a new iPhone every year – is it worth spending essentially a thousand dollars on a device that may be outdated in a year? It may depend on who you ask, and how much they rely on their device, but it’s an important distinction to make.

Cook continued his response by saying:

“Apple has never been about selling the most of anything – that is not our objective, our objectives are not big revenues, our objective is to make the best product that enriches peoples’ lives. We want to help people.”

The iPhone X may be an offering at a “value price,” as Cook puts it, but whether it’s worth its value depends on the customers – who may just be willing to swallow its hefty price.

Is the iPhone X worth its price? Leave your thoughts in the comments!