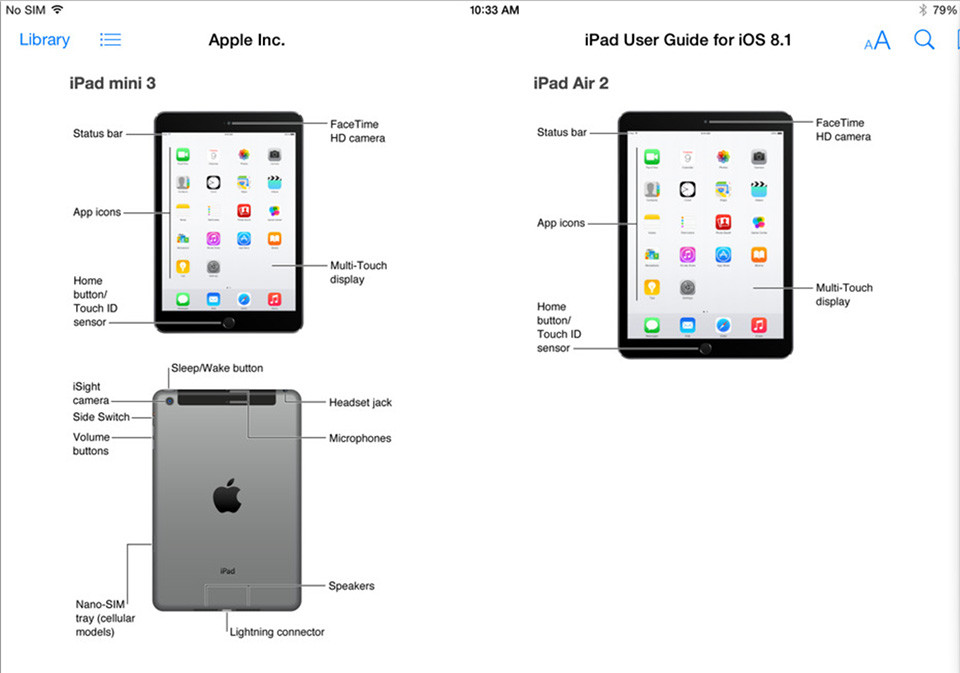 In uncharacteristic fashion, Apple has accidently unveiled the iPad Air 2 and iPad Mini 3. While there have been rumors of these devices for the past several months, a majority of the information has been unconfirmed. But thanks to Apple, we have an "official" look at what should be unveiled tomorrow at its fall event.

The iPad Air 2 and iPad Mini 3 were both outed in a iOS 8.1 user guide that appeared within an iOS 8.1 iPad user guide that was available on iBooks. But, as of now, the page has temporarily become unavailable. While there wasn't much information about the device, it looks like both the iPad Air 2 and the iPad Mini 3 will  get Touch ID sensors much like the iPhone 5S, iPhone 6, and 6 Plus.

For official news on the iPad Air 2, iPad Mini3, and more, check in tomorrow as we will be covering Apple's fall event.