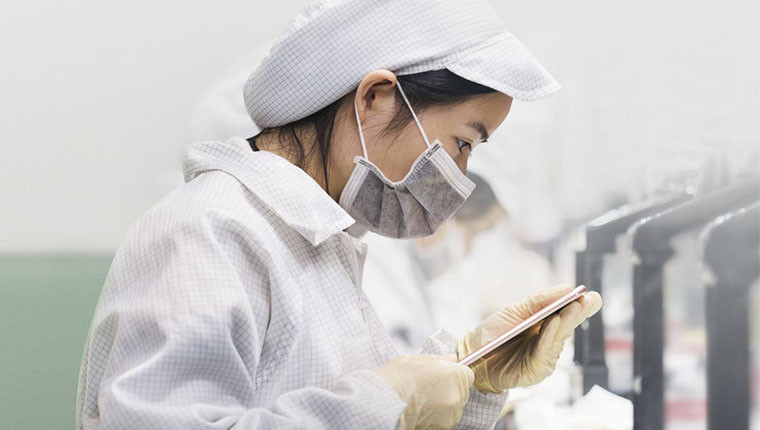 Apple today released its 2017 Supplier Responsibility progress report, outlininghow manufacturers in charge of crafting and assembling components for Apple's hardware treat their workers and the environment.

The company has achieved record improvements right across the board, from advocating the success of Apple's Supplier Employee Education and Development (SEED) program, since 2008 had over 2 million people have participated, to announcing that more than 2.4 million workers were trained on their employee rights last year alone.

In the report, Apple also states that compliance with 60-hour maximum work weeks for employees has reached 98% which is the highest to date.

Suppliers have also reduced carbon emissions by a whopping 150,000 metric tons, equivalent to taking 31,000 cars off the road for a year. This is a commendable feat, however without sounding like a prude environmentalist, there are around 1.2 billion vehicles on average pumping carbon into the atmosphere on the road today, so we still have a way to go, but every little bit helps. 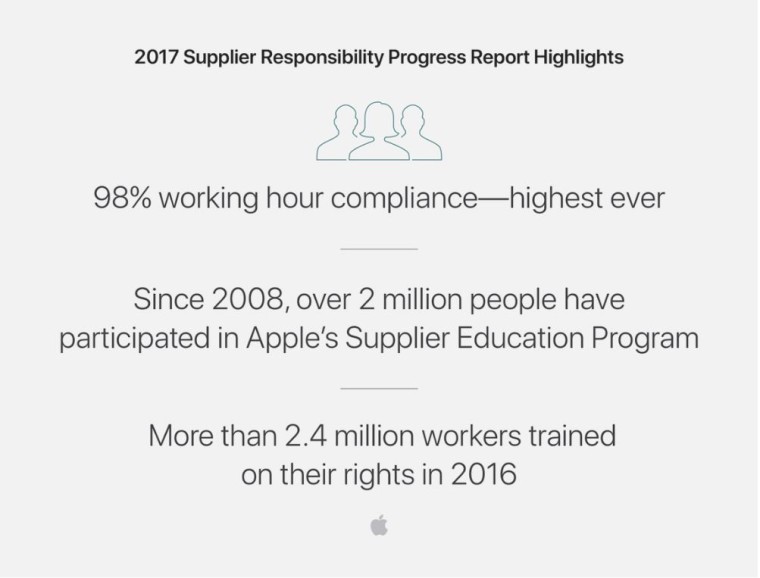 Apple also announced there were around 705 audits in 2016 which is a spike up from 574 in 2015. During the assessments, it was found that three suppliers failed to meet environmental, labor, or health and safety standards and were so removed from Apple's supply chain.

Apple's senior director of supply chain responsibility, Paula Pyers, stated in an interview with Buzzfeed that 2016 was Apple's most favorable year in regard to chain improvements. Pyers also affirmed that Apple will always hold its suppliers accountable, regardless of government policy.

“We’ve been really clear with our suppliers that, notwithstanding any changes to regulations — or deregulation, if you will — we’ll continue to run the same program we’ve been running for the last six years. We will continue to drive third-party audit programs. We’ll continue to dig really deep, and stand up accountability and our incident report system. Candidly, we don’t plan any change in that which we are doing."

Apple is also campaigning for industry-wide transparency on conflict materials such as tin, tungsten, tantalum, and gold (3TG) after reports of child labor and dangerous work conditions in the Congo came to light back in March. Industry-wide transparency is something which the Trump administration is considering to scrap, however, more companies like Apple need to enact a change for the better.