At its Worldwide Developer Conference (WWDC) in San Francisco today, Apple unveiled the latest version of OS X, the operating system that runs on its Mac computers. Named 'Yosemite,' the new operating system features a flatter design than previous versions and introduces more features found in iOS to the desktop. According to Apple CEO Tim Cook, the two operating systems have been made to work "seamlessly together."

Mac OS X is now installed on 80 million computers, according to Cook, with over 50% of those running OS X Mavericks. Compared to Windows, this adoption is impressive when viewed as a percentage. On stage, Cook showed a slide comparing adoption of Windows 8 to OS X Mavericks. Windows 8 is installed on just 14% of PCs. However, it seems somewhat less impressive when you consider that 14% of Windows PCs is still larger than the entire OS X user base.

The name comes from "beautiful places in California" and is a departure from big cats which Apple used for some time when naming OS X versions. This update is about "Interface, Apps and Continuity" according to Apple, focusing on a new interface and enhancements to Apple's own apps. The continuity part comes from Apple's desire to combine as many aspects of iOS and OS X into one, seen here in the design. The operating system refresh includes tweaks to the dock and elsewhere. Icons now appear on a flat background rather than slanted 'dock'. Apple have updated the look of many of their own dock icons, right down the trash can. Safari, Finder and System Preferences to name a few have no taken on flatter and sleeker designs to blend with the visual refresh. Apple has also introduced a new 'launcher' which replaces Spotlight. It can index apps, documents, contacts, mail and so on to find information and perform tasks in a style similar to Alfred for Mac.

Notification Centre has also received an update, inspired by iOS 7. Whereas previously only notifications were shown, Apple now includes a "Today" view (with appointments and so on) as well as widgets for things like Stocks and the weather.

The design is heavily inspired by iOS 7 with translucent panels, a lack of gradients and textures. App edges are now sharper and can change color based on the background chosen by the user. A new "dark mode" has also been introduced which, as the name suggests, dims the background to enable a better focus on one thing. 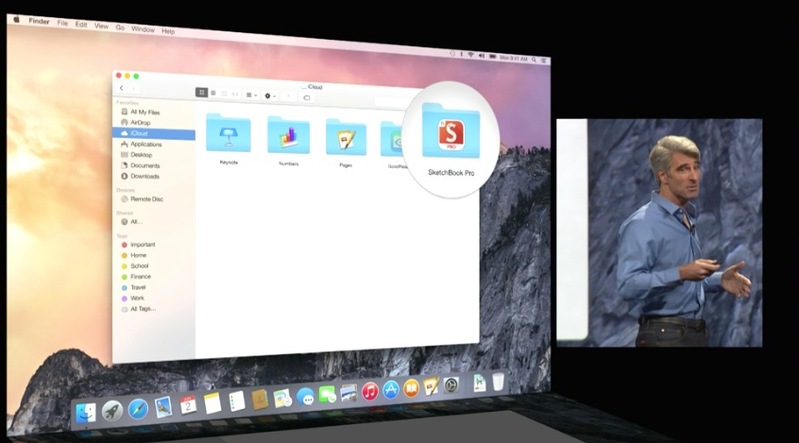 Apple also introduced iCloud Drive which can sync files across Macs and is natively available in a way that Dropbox or Google Drive aren't. The functionality appears to be same with files syncing to other Macs (and Windows PCs) just as Dropbox would.

Apple has updated its own apps, too, including Mail which now has a much sleeker look akin to an iOS application. 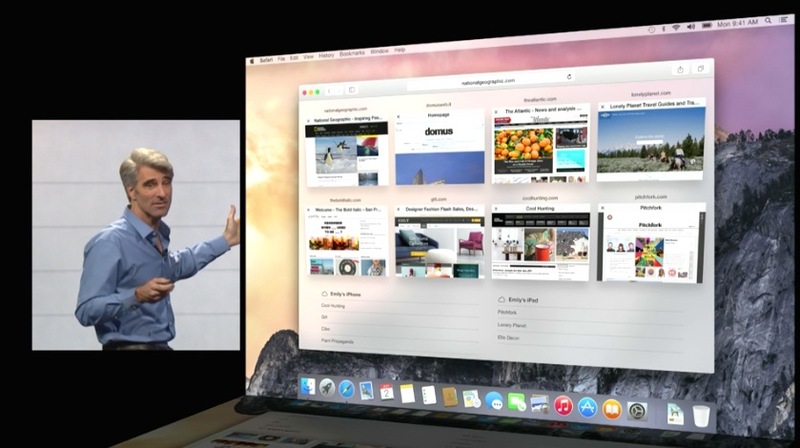 Safari has also received an update with a new stripped down design removing much of the Chrome effect used in the previous versions. Safari has also been updated to the latest Web standards with a "multi-tab browsing efficiency" exactly 9.7 times better than the competition. According to Apple, a MacBook Air can get an extra 2 hours of Netflix playback in the new Safari. Tab viewing has also been updated grouping tabs together in a overall view mode. Apple have also introduced an image editor to Safari, called Markup, which can editor and send photos right from within the app.

Apple also introduced a new feature called "Hand-off" which allows a user to carry on work that was started on a Mac on an iPad and vice versa. Using proximity awareness, a user can continue writing a mail message on their Mac that they started on their iPhone. WiFi hotspots can now be started from the Mac, too, when it detects that the iPhone is in range. 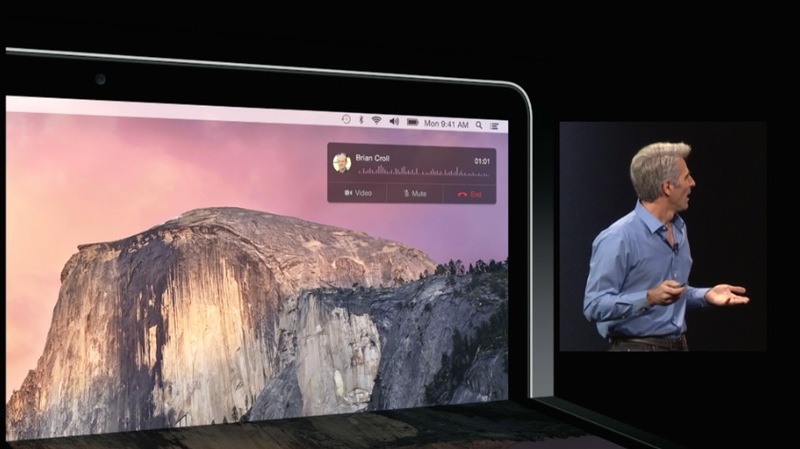 The iPhone can also be used as a pass through device with Apple announcing the ability to take a call or reply to a text on your Mac via your iPhone, separate from iMessage. This a feature unlike anything on Windows or Android and could prove useful for working on your Mac; simply have your iPhone close by and be able to send texts and make calls without looking away from your Mac. Apple demoed this feature by calling Dr Dre - now an Apple employee - live on stage. 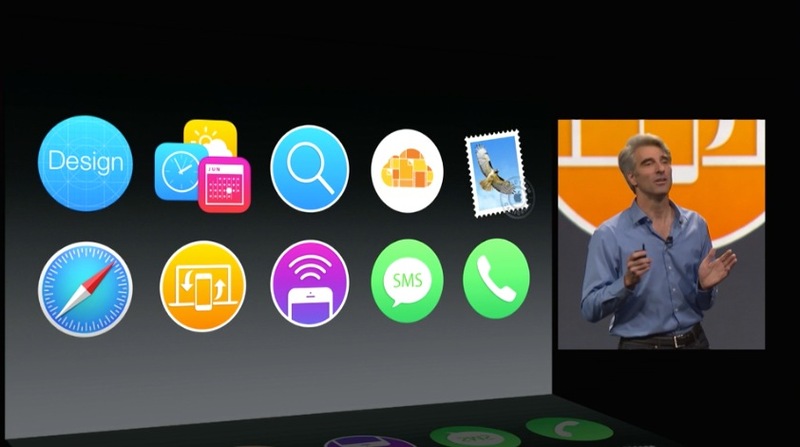 Apple also teased a new way of organizing photos within OS X which looks very similar to the Photos app on iOS but is on a Mac and is called, unsurprisingly, Photos. Apple updated iCloud and Photo Stream at WWDC 2014 to include all of your photos, not just the most recent 1,000 as before. Beyond just storing photos, the app can also edit them in a similar fashion to iPhoto. The app, according to Apple, is coming soon.

OS X Yosemite is available to developers today - and to everyone else in the fall - and will be free.