Documents have come to light that show that British entrepreneur James Dyson's company was developing prototype versions of smartwatches, digital assistants and smartglasses over a decade ago.

Released by Dyson and picked up on by the International Business Times, the presentation is designed to help the company celebrate its 21st birthday. The documents detail how, back in 2001, designers were creating working versions of wearable computers or 'smartglasses' similar in concept to the now publicly available Google Glass device. 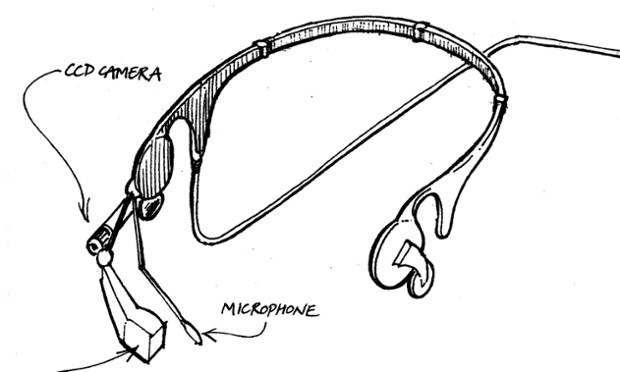 The display on Dyson's version could project full-colour 3D images and appeared as a 10-inch display projected a metre in front of their faces. In order to use the device, you had to carry a smartphone-sized device in your pocket that contained a small computer powering the headset. The headset itself featured a small camera capable of taking photos, similar to Google Glass.

Also amongst the concepts exhibited is a smartwatch device reminiscent of Samsung's Galaxy Gear range and the rumoured Apple iWatch. Designed to be paired with the smartglasses, it is capable of communicating with, and taking commands from, the user through a voice-activated digital assistant setup very similar to Apple's Siri, Google's Now or Microsoft's Cortana today. 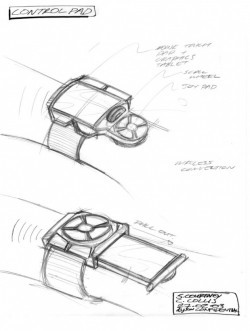 The voice assistant worked through a built-in microphone in the headset and could be used to perform a variety of functions commonly found on pocket computers, or PDAs, of the time including reading out emails through an earpiece. A specialist feature even enabled virtual objects to be 'pinned' onto real objects such as a desk or shelf so that when the user moved their head the object would remain in place on the display.

The setup was completed by the addition of a smartwatch to be worn on the wrist that accompanied the headset and voice assistant. It could display notifications and, through an integrated touchpad, be used to control the headset's display and camera feed. The entire unit was capable of running a number of different 'apps' designed by Dyson. 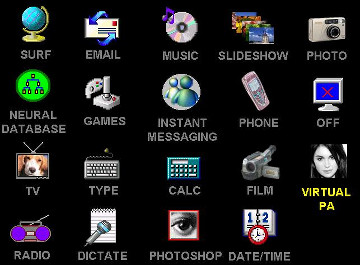 Unfortunately, Dyson binned plans to produce the product after around three years of design as the English company famed for its innovative vacuum cleaners decided to concentrate more on becoming known in the US. If they had continued then perhaps we would have experienced smartglasses, smartwatches and digital assistants some time before Google Glass, Samsung Galaxy Gear and Siri.

Dyson does say, however, that "elements of the technology are now being used in future research projects." What elements or what projects are not mentioned and the statement may refer to other technologies mentioned in the documents. They include a hydrogen fuel cell and fuel filtration system based on the company's 'cyclone' vacuum cleaner technology.