Archos' first Windows 10 Mobile smartphone, 50 Cesium, is now available to purchase. It is an entry-level smartphone, following on from Archos' previous Windows Mobile, the 40 Cesium.

Originally the 50 Cesium was due to be released in November 2015, however at the time Windows 10 Mobile had not been officially launched, and Microsoft announced that they were pushing it back. Now it isn't long until Microsoft plans to push the upgrade to Windows 10 Mobile to older devices and as such it appears that Archos decided it was a good time to release the device. 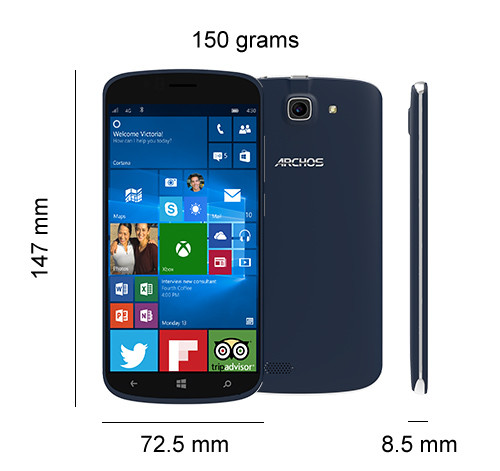 It comes with several features that you would expect from a smartphone, such as WiFi connectivity and Bluetooth. What makes this device stand-out is the dual SIM support as well as the 4G connectivity.

The device comes with a reasonable 5-inch display, along with a 2100mAh battery, which should be enough to get you through the day on such an entry-level device (approximately 192 hours on standby) as well as allowing you to remove the battery.