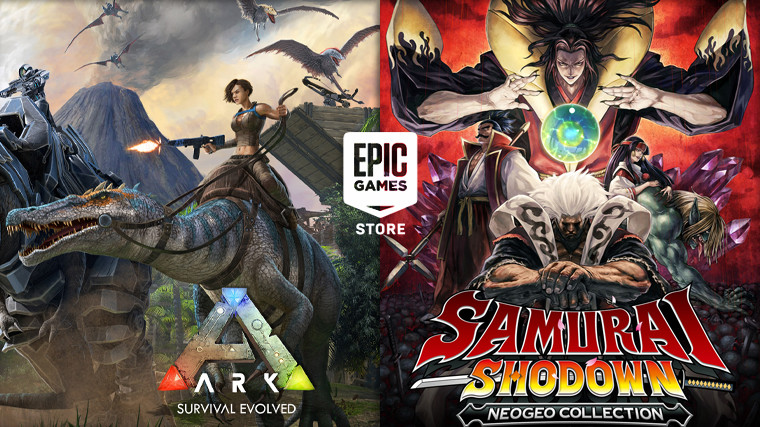 Epic Games Store has put on offer ARK: Survival Evolved and Samurai Shodown Neogeo Collection to claim and keep for free as this week’s giveaway, taking the place of Overcooked.

ARK: Survival Evolved is an action-adventure survival game that puts players on an island to fend for themselves. Dinosaurs, prehistoric animals, and potentially hostile players also share the island. Here’s how the Epic Games Store describes it:

Stranded on the shores of a mysterious island, you must learn to survive. Use your cunning to kill or tame the primeval creatures roaming the land, and encounter other players to survive, dominate... and escape!

The ULTIMATE collection is here! Six NEOGEO titles as well as one mysterious, unreleased game are featured! Featuring Online Battle Modes as well as a Museum Mode and Music Player. This collection is a must-have for all SAMURAI SHODOWN fans across the globe!

Epic Games Store is offering ARK: Survival Evolved and Samurai Shodown Neogeo Collection for Windows but the former is also available for macOS and Linux via Steam, where it is priced $49.99 at the time of writing. Here are the minimum requirements:

If you wish to claim ARK: Survival Evolved or Samurai Shodown Neogeo Collection, you can find them here. They will be free to claim until June 18, which is when Pathway and The Escapists 2 will be put on offer.