The BBC is something of an institution, both at home in the UK and around the world, enjoying an enviable reputation among viewers, listeners and users across the globe. Its network of domestic and international TV channels and radio stations reaches hundreds of millions of people, and demand for its content continues to grow, with users increasingly accessing its services online and through mobile apps.

Today, Auntie Beeb announced a new addition to its suite of apps, with the launch of BBC Weather for iOS and Android smartphones in the UK. Using meteorological data from the UK's Met Office, it provides a five-day forecast, along with other details such as sunrise/sunset times, pollen count and UV intensity. 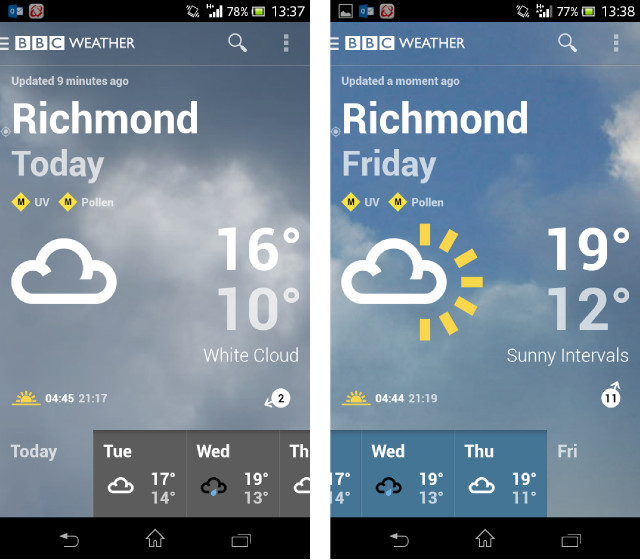 The app will automatically detect a user's location on launch, providing an immediate summary and forecast. Additional global locations can be easily searched for, and detailed through-the-day weather details are also available. 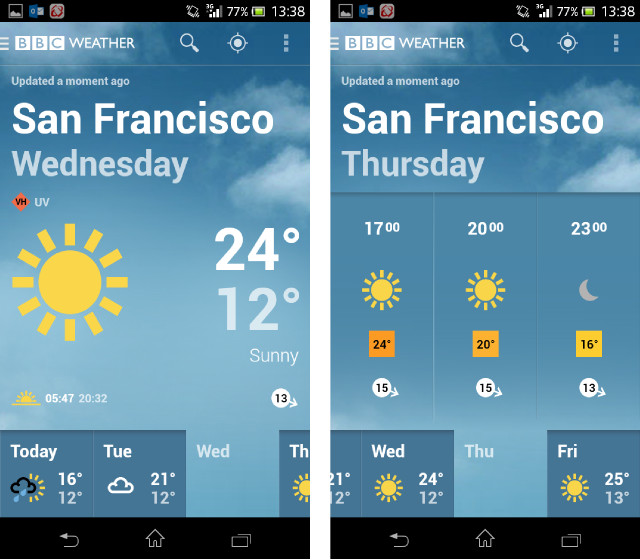 While the iOS and Android versions share the same design, the latter also allows users to add a widget to the home screen, along with NFC support, which enables users to share locations by touching two compatible handsets together. 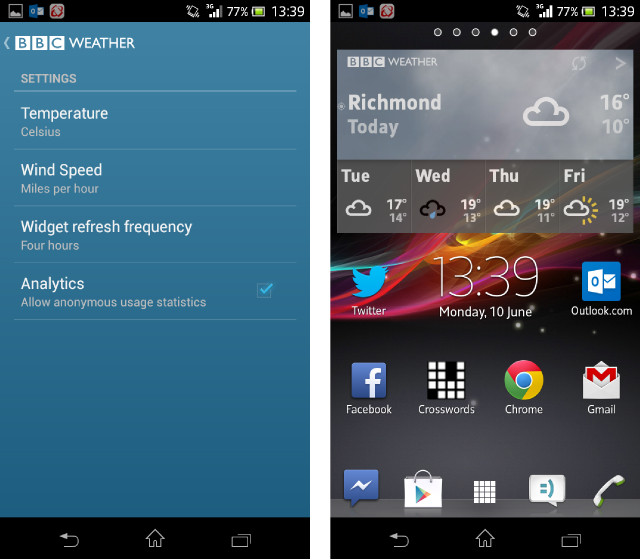 James Metcalfe, Senior Product Manager for Weather at BBC Future Media, said: "We're making BBC Weather truly mobile with the launch of our new app. As so many of our audiences access BBC Weather from iOS and Android devices, we can now offer them an even better way to keep ahead of the weather on-the-go."

While many iOS and Android users will no doubt be rejoicing at the news, Metcalfe's words offer little comfort to Windows Phone users. The BBC launched an iPlayer app for Windows Phone 8 last month, but the Corporation has made it clear that its primary focus must be on those platforms with the most users. In January, a BBC spokesperson told Neowin: "The Android and Apple platforms account for approximately 75% of the UK smartphone market. Apps are costly to develop and maintain and, as a publicly funded organisation, we have to prioritise our development around the areas and platforms where we will achieve the greatest reach of users at the lowest cost."

Don't be expecting a BBC Weather app for Windows Phone - or BlackBerry 10, for that matter - any time soon then. Still, for iOS and Android users in the UK, the app is available now, free from the App Store and Google Play. The app is currently only available for smartphones, and no details have yet been shared regarding plans to make the app available internationally.