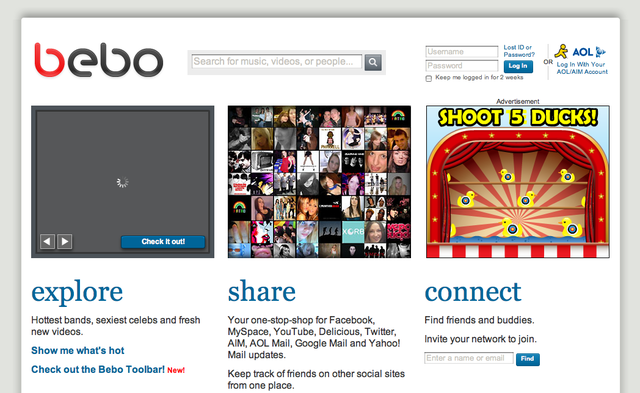 Bebo was once the love-child of social networking, and even overtook MySpace to become the most popular social network in the United Kingdom at one point, but had been declining in use ever since the advent of Facebook. Today, it appears the site has silently slipped off the web.

AOL purchased Bebo back in March 2008 for a cool $850 million, however the company had an end goal of selling it on to another company which never came to fruition. As a result, AOL was not willing to invest in Bebo to further develop it or position it to compete with Facebook as it became increasingly popular. The last time a feature was added or changed was April 2011.

According to this tweet, Bebo's name servers (ns1.beboinc.com and ns2.beboinc.com) aren't responding, however we've not got official clarification. The BBC once called Bebo "one of the worst deals ever made in the dotcom era" and that it cost AOL CEO Randy Falco his job.

As Bebo disappears off the internet, we're sure a few teenagers are upset to be losing their customizable profiles and animated GIFs, but it's a harsh reality in a world ruled by Facebook. We've reached out to the Bebo folks for comment, and will let you know if its permanent or not.

Update: Bebo reached out to Techcrunch and said:

A Bebo spokesperson just emailed [TC] to say that the site was down due to “a technical clusterf***” — it’s not actually dead. He also says that the site still has a niche audience, largely in the United Kingdom, and it will be launching more products soon.