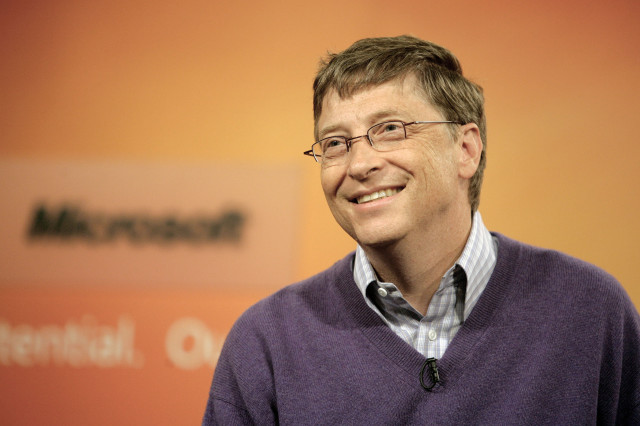 Earlier today, Microsoft co-founder Bill Gates held his latest Reddit AMA session, where he even took a question from Neowin editor-in-chief Brad Sams about his specific new role as Technology Advisor at the company. However, he also spent a ton of time answering a variety of other questions from Reddit members, ranging from Microsoft's CEO Satya Nadella, to jumping chairs and even Samuel L. Jackson.

Gates held the event when most people in the U.S. were supposed to be working instead of spending time on a website asking questions to the richest man in the world. He later posted a cute image to celebrate that point. The session included some questions about Microsoft, including one which asked how the vision of new CEO Satya Nadella differs from Gates' viewpoint. He replied:

Satya is taking a fresh view of where Microsoft is - strengths and weaknesses. A new person gets to step back and change the focus in some ways. He is off to a great start.

Gates added that one third of his work time will now be devoted to Microsoft under his new role as Technology Advisor. Another question from a Reddit user asked Gates if he thought the desktop computer was dead and how that might affect the future of computer programming. Gates answered:

The boundaries between form factors is blurring but the range of screen sizes and different input techniques will still mean there are desktop devices and wall devices. However applications will be able to run across multiple devices including the whiteboard.

Gates also took the time to answer some out-of-the-box questions. One Reddit user asked if he could jump over an office chair as well as he could years ago, as demonstrated in this clip from 1994:

Gates replied:  "No I cannot. I can still jump but not over a full-sized garbage can like I used to be able to. Be careful - it can hurt if you don't succeed."

Another question asked which actor might portray Gates in a movie about his life. Another Reddit member quickly answered for Gates: Samuel L. Jackson. Gates then responded to this idea, saying, "Melinda would probably watch that version."

At the end of the AMA session, Gates posted yet another video on YouTube as he ... well, just check it out for yourself. It's clear that he doesn't take himself too seriously.