Microsoft continues to add multi-factor authentication support to its software products and services. Today, the company announced that it has added this much requested feature to business and academic users of Office 365. 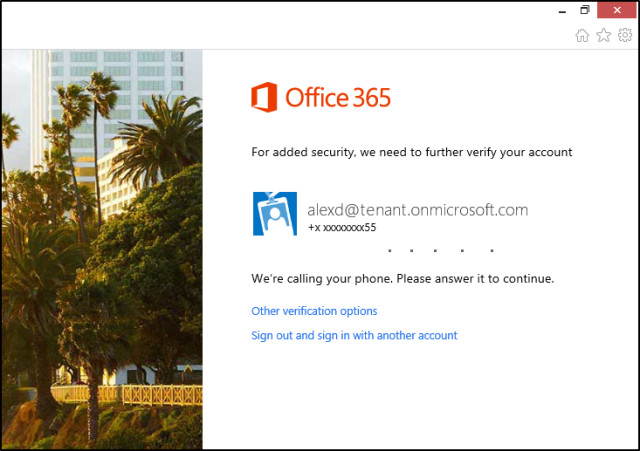 In a post on the Office blog, Microsoft states:

Multi-factor authentication increases the security of user logins for cloud services above and beyond just a password. With Multi-Factor Authentication for Office 365, users are required to acknowledge a phone call, text message, or an app notification on their smartphone after correctly entering their password. Only after this second authentication factor has been satisfied can a user sign in.

In addition, Microsoft is adding App Passwords for Office 365 users. This will allow for businesses to set up a 16 character password that can be used to access individual Office applications such as Word, Excel, PowerPoint and OneNote for an additional security measure. Microsoft says they will add a way to use multi-factor authentication directly from Office 2013 client applications sometime later in 2014.

Microsoft has been adding this kind of extra security support for many other software products and services over the past year. That includes two-step verification for Microsoft Accounts, Lync 2013 for the desktop, and for Windows Azure accounts.