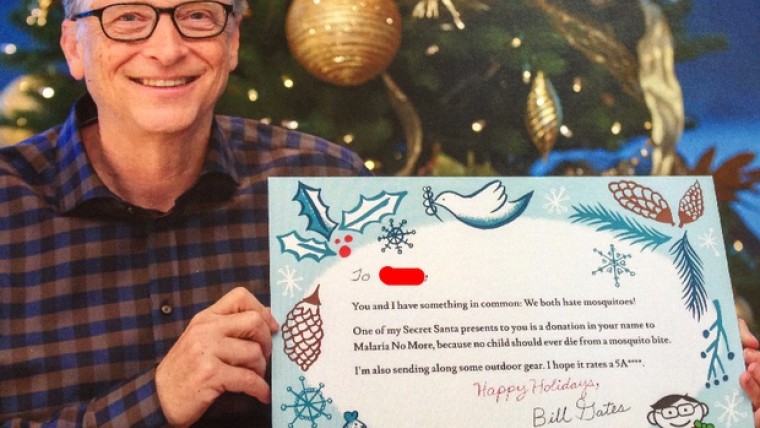 Every year Reddit hosts a Secret Santa event around the world, but for the last few years we’ve known the identity of at least one Santa, and that’s Bill Gates. The ex-Microsoft CEO and philanthropist has been sending gifts to lucky Redditors for the last two or three years in a row, often leading to shock and excitement for the recipients.

And this year he did it again, sending one lucky user, called NayaTheNinja, a bunch of gifts. These included outdoor gear, seeing as Naya is an avid hiker. They also include traveling journals and equipment for camping trips.

But that wasn’t all. Staying true to his message and passion for eradicating deadly diseases like malaria, Bill Gates also made a donation to the "Malaria No More" organization, which helps to fight the disease in Africa. The important part is that Naya herself had had personal experience with malaria through friends in the Peace Corps, so this was a really personal gift from Gates.

It's a great gesture from Bill Gates to make one lucky Redditors Christmas a little more special and spread goodwill at the same time, but if you want to try your luck, you can join in next year around the same time.