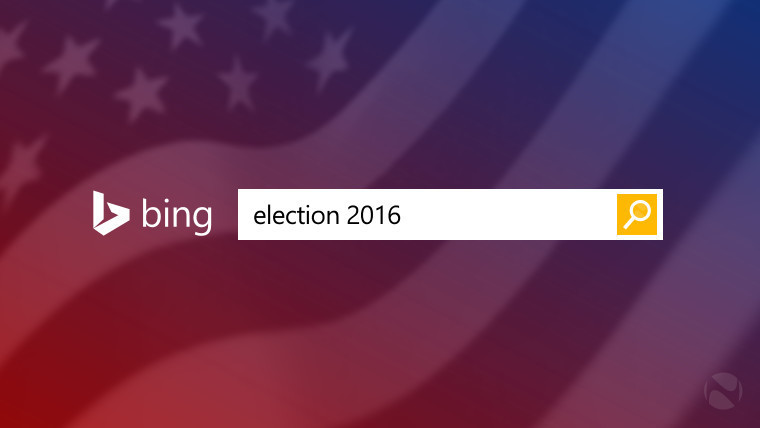 Eleven months from today, the United States will choose its next president, and the race to the White House is already shaping up to be a fascinating contest. But with so many headlines being generated virtually every time a candidate opens his or her mouth, it can be tough to keep up with events, and to keep track of where everyone stands on the most important issues.

Microsoft is hoping to help voters make sense of it all with the launch of its Bing 2016 Election Experience, which it says will "give you clarity and insight" on the candidates and their respective visions for the country.

When you carry out an election-related search on Bing, you'll see a new module at the top of the results, and a major feature of this is a tool developed by Microsoft, which it refers to as the Bing Political Index (BPI):

The BPI was built by the Bing Predicts team by crunching terabytes of search and social data, together with expert candidate analysis from Ontheissues.org, through machine learning models. BPI assigns a candidate score and a public score for ten of the key issues that shape the 2016 election cycle: education, environmental issues, tax reform, abortion, gun control, immigration reform, drug policy, LGBT rights, healthcare and Social Security.

Both the candidate and public scores are dynamic—as each candidate’s campaign unfolds, and as public conversations heat up, the BPI will be updated on a monthly basis to reflect those shifts and incorporate issues as they arise.

You can also find out your own BPI score, and compare it with those of each candidate, to see which of them your political views are most closely aligned to.

You can explore each candidate in greater detail too, including not only their individual positions on the key issues, but also a timeline showing an overview of their political histories. A broader election timeline is available as well, plotting out all of the steps on the path to the Oval Office.

Microsoft says that its new tools offer "a good starting point for your deeper elections research into the issues you care about most", and promises to expand its Election Experience with further features and insights in the months ahead.