On Friday, Microsoft released Windows 10 Mobile Insider Preview build 10586.29 to those on the Fast ring, following up yesterday with a rollout to Slow ring users. But today, it's begun pushing that build out to Windows 10 Mobile handsets that aren't enrolled in the Insider program. 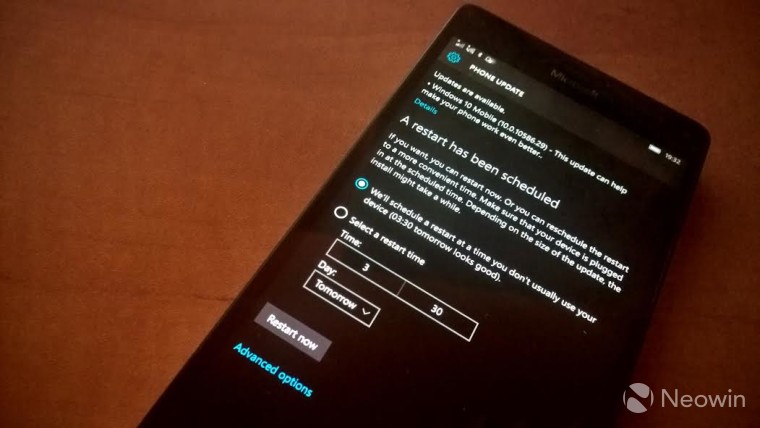 The swift delivery of this update suggests that that Microsoft may be sticking to its word, regarding plans outlined by a company spokesperson in May to take greater control of Windows 10 Mobile updates, rather than allowing carriers and manufacturers to delay their rollout indefinitely. 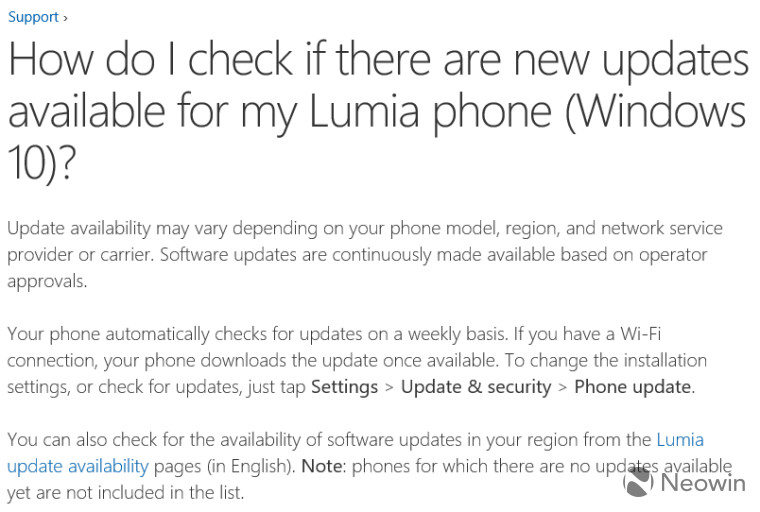 However, according to this Microsoft support page, which includes details for existing Windows 10 Mobile users on how to check for updates on their handsets (note that the directions refer specifically to the W10M OS, and not Windows Phone 8.1): "Update availability may vary depending on your phone model, region, and network service provider or carrier" [emphasis ours], going on to repeat the point that availability is "based on operator approvals".

Strangely, though, that page also links to the Windows Phone 8.x update availability page, so it's possible that the information there hasn't been properly checked.

For now, it may be best not to draw too many conclusions from today's rollout – but given that the update appears to be heading to handsets in multiple markets at the same time, and regardless of carrier, there certainly seems to be cause for cautious optimism.