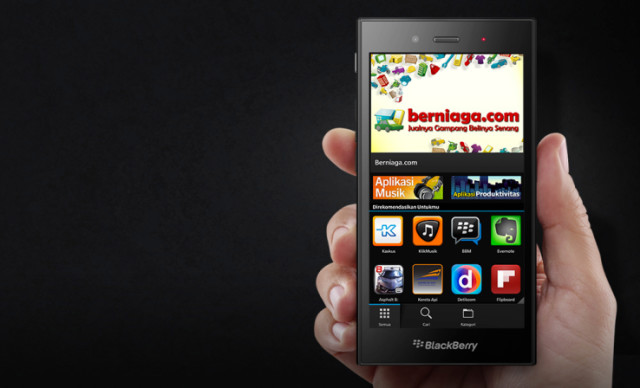 BlackBerry has  been granted access to the use of Amazon's rapidly growing app store. The company, which has gradually lost its previous influence on the smartphone industry, can now integrate the Amazon's App store into their devices to bring a much wider choice of downloads for the consumer.

It comes as no surprise that BlackBerry has chosen to seek help from Amazon. Impressive stats over the past couple of days boast that the Amazon store has tripled in size over the past year, with over 240,000 apps now available. The deal will enable users to take advantage of the service when the BB 10.3 update rolls out, in the upcoming months.

The news comes a day before BlackBerry is set to reveal its fiscal first quarter results. Many expect the company to announce further losses, similar to the last report in March. It may be worth noting that BlackBerry will be going head to head with Amazon and their smartphone.

CEO of BlackBerry, John Chen, has previously expressed how he "does not have time, energy and money" to invest in developing apps, something that Amazon has recently been pushing. He proceeded to say "I want to financially turn around the company and focus on the enterprise space, this is perfect for us" which shows the company's enthusiasm at the deal.