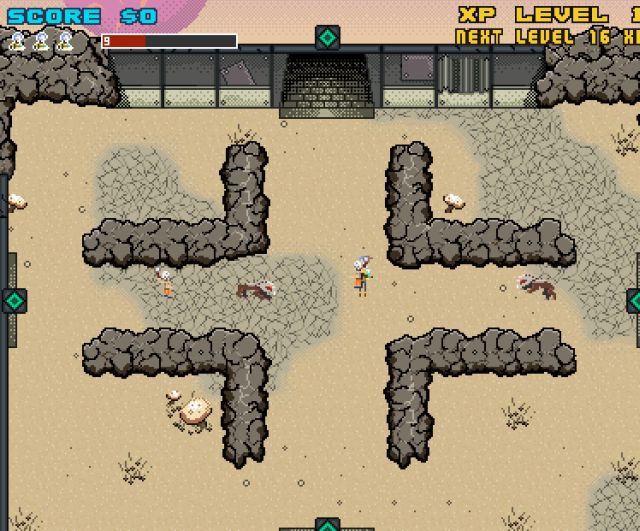 Fans of Gearbox Software's hit first person shooter-RPG hybrid game Borderlands are currently awaiting the release of the sequel, Borderlands 2. This week, Gearbox launched a new web browser version of Borderlands, but in an unique and cool way.

The web browser version makes it look like the game was first released back in 1989, with a top down viewpoint and the title "The Border Lands." Like the real games, this 16-bit version allows gamers to pick from one of four characters, who are then placed on the planet of Pandora to fight off enemies and pick up new and upgraded weapons.

Quite frankly, we would love to see Gearbox expand on this 16-bit version and make it a full game, rather than just part of the viral marketing campaign for Borderlands 2.

Meanwhile, the sequel has now gone gold and is still expected to be released on September 18th in the US for the PC and other platforms. People who pre-order the game will get its first DLC pack for free 60 to 90 days after Borderlands 2 ships.  The DLC will include a number of in-game weapons and items, along with an all new character class, the Mechromancer.